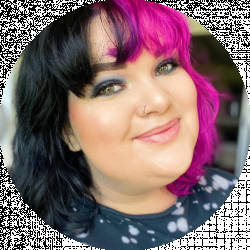 Alizabeth Swain
Alizabeth is an avid gamer, beauty YouTuber, and managing editor. She loves coaching and connecting to other gamers during the game. She enjoys how games can unify among ages, nationalities, and genders! She plays a variety of video games like League of Legends, Fortnite, and The Last of Us. In her spare time, she loves sharing her unboxings with her YouTube family.

Many people can’t tell which video game is better: Roblox or Fortnite. Both free-to-play games are very common, enabling users to express themselves creatively and or compete. However, there are several distinctions between the two different games. Is Roblox, at the end of the day, stronger than Fortnite? Here’s what you need to hear about which video game will be the best in 2021.

Roblox is a gaming site and retailer that allows people to play games online. Roblox isn’t a game; it’s a platform where users, who are generally younger players, can play games created by other people. In this way, it resembles the PC platform Steam or a completely new virtual world, rather than any online children’s game.

Many of the Roblox game options are created by its active players, which sets it apart from everything else in the games industry, including a storefront like Steam. Playing games isn’t the only way to have fun on Roblox; you can even make games. These popular game options are not produced by Roblox Corporation but rather by the Roblox player community. The official website now boasts that its users have published over 20 million games for this expansive virtual world.

Fortnite is a combat simulator and Battle Royale game in which 100 players compete to be the last one standing in player versus player battle. It’s a fast-paced, action-packed game, similar to The Hunger Games, in which strategic thinking is essential to survival. Fortnite has loads of in-game cosmetics, loads of varied game modes, appeals to younger players and older gamers, and is expected to have 125 million monthly users

Players are dropped onto a small island with just an ax and must scavenge for more weapons while escaping a deadly electrical storm. When teams are removed, the playing field shrinks, causing players to be closer together. Updates appear on-screen daily, explaining how another player was injured, such as “X killed Y with a grenade,” heightening the sense of urgency. This game much like Roblox, has expanded into a metaverse in its own right, defining the Battle Royale genre and becoming arguably the biggest game in the world. Roblox vs. Fortnite – what are the main differences between the two games?

These main differences may make or break choosing one type of game. However, if you’re still undecided between the two, let’s take a closer look at both so you can get an idea of which game you may be more interested in.

The most successful social media sites strike a strong connection between content production and usage. You begin by playing the game – making material, just like in Fortnite. When you die, you are encouraged to watch the remainder of the war – entertainment consumption. Much of the time, you’re playing with mates, so watching them play is just as entertaining as playing yourself.

You could become a star-maker of Roblox games and gaming world options and earn tonnes of real money even before graduating from high school if you join Roblox. Roblox will pay out more than $100 million to its 2 million developers in 2019. The majority of them are under the age of 18. All communities are propelled together by thriving communities of players and developers. Any title produced by traditional gaming firms carries a significant “hit or miss” chance even though nearly all big games lose interest over time.

All of the sports, environments, and encounters in Roblox are user generated content. The makers are the players, and the players are the creators, making it not your average, traditional game and more of a sandbox game experience where creativity and customization is key.

Roblox is a sharing network that is constantly changing, not a single traditional game. It’s community-driven, and it’s far less likely to go through the usual rise and fall of a famous title.

About the fact that Fortnite began with a “fixed” environment, the Creative Mode was newly added. It enables players to make their own maps and interact with others when constructing worlds. Eventually, you’ll be able to share your latest games and environments with other members of the group.

Inside and outside of the game, Fortnite makes people form lasting bonds. Offline, fan gatherings, and official “/Fortnite/Friendlies,” which are special activities where everyone in the same physical space is paired into the same game, are a perfect way to communicate with the crowd.

In the game, a player‘s appearance is a status sign. People like to personalize their avatars to stand out and get the best things. Having a special skin in the game is akin to posting a cool photo on Instagram and receiving many views.

Skins, in-game accessories, and upgrade tools must be unlocked by gameplay or purchased with real-money in-game currency.

There’s also a new form of cyberbullying known as the default skin. In the game, players with pre-built customizations are looked down upon. It’s normally a sign of a newbie or a low-level player.

What type of games does Roblox have?

Roblox is a gaming platform that allows you to play whatever games that interest you for a small fee. You can purchase these through using real money to top up your account with this game‘s virtual currency. The platform has a popular game category that ranges from survival mode to cooking games.

Some of the top Roblox games of this year are: Roblox (which has 150 million users worldwide) offers both intense online gameplay and a complex game-building platform, as well as a lot of flexibility, innovation, competitiveness, and socializing – all for free.

Roblox, like Minecraft, has the ability to be a learning aid, but it still has drawbacks. Kids will be open to a wide variety of material, and much of the content is user-generated. All of it is suitable for tweens and teenagers. Any of it is just irritating, such as the constant demands to purchase “Robux,” Roblox’s virtual currency. However, some of it is very worrying, such as public relations.

The Fortnite craze appeared to happen out of nowhere, as though it had been dropped from the sky on a party bus. This game is survival-action and resembles combining a building game like Minecraft with an action shooter, similar to the game Call of Duty.

On the one side, every young person and parents alike, love Fortnite’s focus on coordination and cooperation. It is, though, a combat-based game with a lot of weapons and violence. With millions of players and a meteoric rise in popularity, you might be thinking, “What is Fortnite all about, and is it safe for any young person that plays?”

Is Roblox safe from predators?

Predators exist on Roblox, as they do on many other common social media platforms. Predators take advantage of Roblox’s easy-to-use chat to track down their prey. Roblox employs both human and technological controllers to keep the bad guys at bay, but they nevertheless appear on occasion.

Kids should allow the most stringent touch settings and parental controls to prevent being contacted by a predator and to play as safely as possible. By shutting off chat altogether or restricting conversations to just mates, you can block others from approaching you.

It would be best if you taught your children not to talk with strangers (unless they can prove that they’re friends or friends of a friend in real life) and not accept private messages (PMs) from strangers. Make sure they understand not to give out personal information, to trust their feelings if someone makes them feel uneasy, and to never switch a discussion to another forum.

Is Fortnite too violent for kids?

While there is plenty of action in Fortnite: Battle Royale, it is cartoonish rather than violent or gory. Since the goal is to be the last one standing, you’ll be shooting other players and avoiding deadly storms all the time. There is no gore, however; vanquished foes immediately disappear.

Those looking for a less aggressive – and more friendly – gaming experience should opt for the weapon-free Party Royale mode while logging in for a game. Party Royale was released in May 2020, partially in reaction to the covid pandemic shelter-in-place instructions. It has no killing or dying. Instead, the atmosphere feels more conducive to visiting new places while chit-chatting. There were even virtual concerts from well known artists hosted through this game mode. Do you still have more questions about whether to choose between Roblox or Fortnite that still haven’t been answered yet? We’re here to break down your FAQs to help you with any confusion about either gaming platform.

Answer: Although Fortnite is more well-known, Roblox has a greater player base. Roblox is more common than Fortnite in this regard. However, having the most followers does not always imply that it is better since many “bad” sports, movies, and other media remain common without receiving critical acclaim.

Answer: Famous content creators such as Tfue, Ninja, and Nickemercs do this every time they come back to the game. And, according to both of them, Fortnite isn’t going anywhere anytime soon. The game could flame out rather than fade away, but not anytime soon.

Question: Why is Fortnite so bad?

Answer: Fortnite is a game that is dangerous to children. First and foremost, it has the potential to be addictive. The game is free, but it encourages players to spend money on extras, including character dance moves.

Many people have given out their opinion about whether Roblox or Fortnite is better than the other. For players who love variation and imagination, Roblox is a better option than Fortnite. Fortnite may be preferred by gamers who want a more concentrated and refined experience.

Roblox and Fortnite are two very distinct games. Which one a person prefers is largely a matter of personal preference, though other considerations such as how common a game is among friends may also affect the decision. Players are often more enjoyable when played with others.

Fans of battle royale games will undoubtedly find Fortnite to be an excellent choice. Roblox, on the other hand, would appeal to those players who are bored with the game’s formula because of the enormous amount of variation it provides.

what type of toys are good wotj sex

Has anybody ever shopped at Popie's Vapor Lounge Ecig Shop located in 2600 N College Ave?