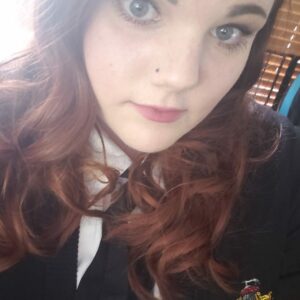 This can only be done if the player has enough energy collected from destroying dragon statues or simply playing the game. Characters have their own classes, attacking and healing are the primary classes available.

The game is not only single-player but also supports co-op gameplay with up to four players. Overall the game is a fun magical action role-playing game that has crossovers to other popular Nintendo series like Fire Emblem, Mega Man, and Monster Hunter.

If you are new to this game you might be a bit lost in choosing your adventurers and dragons. That’s what a tier list is there to help you figure out and build the best team you can for your play style. A is the only minus scale and is meant for adventures and dragons that in general play well with all content and work well in public co-op, however, they might come with a learning curve and various caveats depending on the other team members.

B is for adventures and dragons that play well but in general, just aren’t as powerful as those in the A or A- class. C and D are for characters struggling due to low stats, with C being slightly higher than D. These characters are definitely not the ones you want when approaching the end game.

Question: How do I acquire new adventurers?

Answer: Yes, the game has a free play model, however, you can purchase in-game content and other useful things.

Question: Who is the main character of the game?

Answer: In story mode, the Dragon Blood Prince Euden is the main character and the person the story is mostly focused on.

So there you have it a comprehensive list of every Dragolia Lost adventurer and how they rank against each other, as well as, the skills unique to that adventurer. When creating a team remember it needs to be balanced in both skills and elements.

Additionally, remember that lower-tiered characters are not necessarily useless. When combined with other characters that have certain abilities or are generally stronger they can definitely be an asset.

Really Appreciate this article, can I set it up so I get an email when you make a fresh article?

Is anyone here in a position to recommend Underwear for Men? Thanks xox

Has anybody ever shopped at Smokin' Vapor Ecig Shop in 300 Route 37 E?

I operate a vape store submission site and we have had a posting from a vape shop in the USA that also advertises CBD goods. A Month afterwards, PayPal has written to use to say that our account has been limited and have asked us to remove PayPal as a payment method from our vape shop directory. We do not offer for sale CBD items such as CBD oil. We only provide web marketing solutions to CBD companies. I have had a look at Holland & Barrett-- the UK's Leading Health and wellness Merchant and if you take a good peek, you will see that they supply a relatively substantial series of CBD product lines, particularly CBD oil and they also happen to accept PayPal as a settlement method. It appears that PayPal is employing contradictory standards to many different firms. As a result of this restriction, I can no longer accept PayPal on my CBD-related website. This has constricted my payment possibilities and presently, I am greatly reliant on Cryptocurrency payments and direct bank transfers. I have consulted with a barrister from a Magic Circle law firm in London and they said that what PayPal is undertaking is completely illegal and inequitable as it should be applying a consistent standard to all companies. I am yet to check with a different attorney from a US law office in London to see what PayPal's legal position is in the USA. In the meantime, I would be extremely appreciative if anybody here at targetdomain could offer me with different payment processors/merchants that deal with CBD firms.