So, we did what any sensible people would do. We compared the two. Here’s what you can expect from both of these AAA titles.

Main Differences Between Skyrim vs Fallout 4

The main differences between Skyrim vs Fallout 4 are:

What’s the most important part of any video game? For our money, it’s the gameplay. Yes, everyone loves a good story. And yes, graphics are important. But none of that matters if the game itself isn’t fun to play. So, let’s take a closer look.

Skyrim is an action RPG set in the fantasy world of Tamriel. As such, it leans heavily on a combination of combat, conversation, and exploration.

Straight out of the opening cinematic, you’ll end up in a fight with a big, fire-breathing dragon. Scratch that. You’ll end up running from that dragon because your character is a weak, Level 1 mook that is in no way capable of fighting a dragon.

Soon after, you’ll get your hands on some weapons, and a combat tutorial commences. There’s nothing terribly complicated about it. Just aim at your opponent and hit the “attack” button.

You start out with just a dagger, but you can collect other weapons like broadswords, maces, and axes as the game progresses. You can also use bows. We’ll talk about the magic system in a second.

During this opening sequence, you’ll also get an introduction to the game’s conversation system. As with many open-world games, you can make a variety of decisions that affect the game world. By the end of the first mission, you’ll already have chosen sides in Skyrim’s civil war. Both choices lead to fun, entertaining outcomes, but keep in mind that your decisions matter, even from the start.

Once you’ve gotten through the tutorial, you can immediately access the entire game world. At first, you’ll have to walk everywhere. However, once you’ve discovered a location, you can use the in-game map to fast travel there. Later on, you also gain access to a horse, so you can explore faster and more easily.

Skyrim also lets you create your own character from scratch. The nameless hero can come from a variety of races. You can start off with a mundane, human-like character, or go wild and play as an orc or an elf.

There are even two unique species you can play as the cat-like khajiit and the lizard-like argonians. Each race has its own bonuses and penalties, so take your time while you’re figuring things out.

Fairly early on, you’ll be introduced to the game’s magic system. Different spells belong to different “schools”, such as destruction or restoration.

You can also collect special spells called shouts, which allow you to harness the power of the dragons. A few of these shouts are required to complete the game, but you don’t have to worry about missing them; they’re part of the main quest line.

Skyrim’s leveling system allows you to earn two types of experience. The first type of experience is skill experience, which you gain by using an individual skill.

Every time you use a weapon, cast a spell, successfully pickpocket an enemy, and so forth, you gain experience in that particular skill. Skills can be leveled from 1 to 100.

Every time you gain a level in an individual skill, you get experience towards your character’s main level. The higher the skill level, the more experience you gain.

Every time you gain a main level, you get a perk point, which allows you to get special abilities within any given skill. The higher your level in a given skill, the more advanced perks will be available. 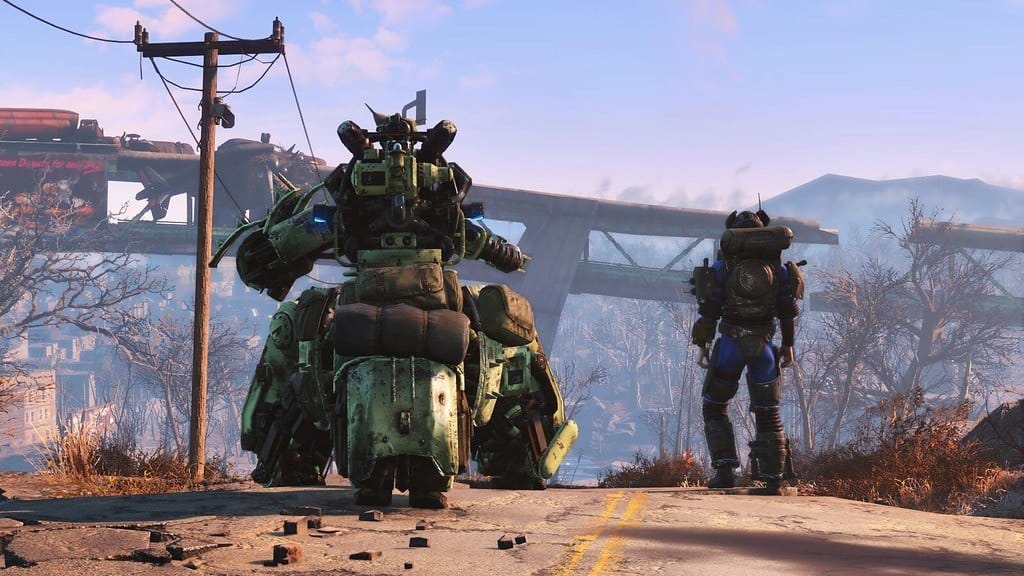 Bethesda’s Fallout 4 is another action RPG from the Fallout serires, but it puts a different spin on the genre. Instead of a fantasy universe, it’s set in the post-apocalyptic ruins of Boston, Massachusetts and the surrounding area.

Similar to Skyrim, you first have to explore an area to unlock different locations. Once you’ve discovered a location, you can fast travel there from the game map.

The character is customizable. When you start the game, you can choose your character’s sex, and you can modify their appearance. This is purely a cosmetic decision. It has no effect on gameplay.

The opening sequence is fairly vanilla. You learn how to move your character, including the standard “use the left thumbstick to move” tutorial. You also learn the game’s conversation system.

For the most part, there are four responses to any question. You can answer nicely, answer nicely but sarcastically, answer rudely, or talk about something else. None of the decisions in the tutorial make any difference to the game, but later decisions will.

After the tutorial, you’ll see a cinematic that kicks off the main story. You’ll soon be introduced to your first potential companion, a butler robot named Codsworth and then not long after, Dogmeat.

As you progress, vault dweller is able to gather more companions, although you can only travel with one at a time. Your companion can help you in combat, as well as carry any loot that you may have collected.

Combat in Fallout 4 action role playing game is fairly unique. You can use melee or ranged weapons in real time, just as you can in many games. However, you can also use the Vault-Tec Assisted Targeting System (VATS) to slow time for a limited period. In VATS, you can choose individual body parts to shoot at, and even queue several attacks.

This isn’t just a matter of convenience. It also allows for some unique options, since attacks on different body parts have different effects. For example, if you cripple an enemy’s legs, they won’t be able to move quickly. This is particularly useful when you’re being attacked by fast enemies.

Your character has seven different stats: strength, perception, endurance, charisma, intelligence, agility, and luck. Each time you level up, you can choose to boost one of these stats, or you can choose a perk that makes your character more powerful. Each perk is tied to a particular stat. The higher your rank in a given stat, the more powerful perks will be available.

Early on in the game, you’ll be introduced to one of Fallout 4’s main factions, the Minutemen. The Minutemen will gather in any settlement you unlock.

At first, there will only be a few of them. But you can use junk and materials from the environment to build your settlements even larger. This comes with significant benefits, but if you’re not into crafting, you can skip most of the building. 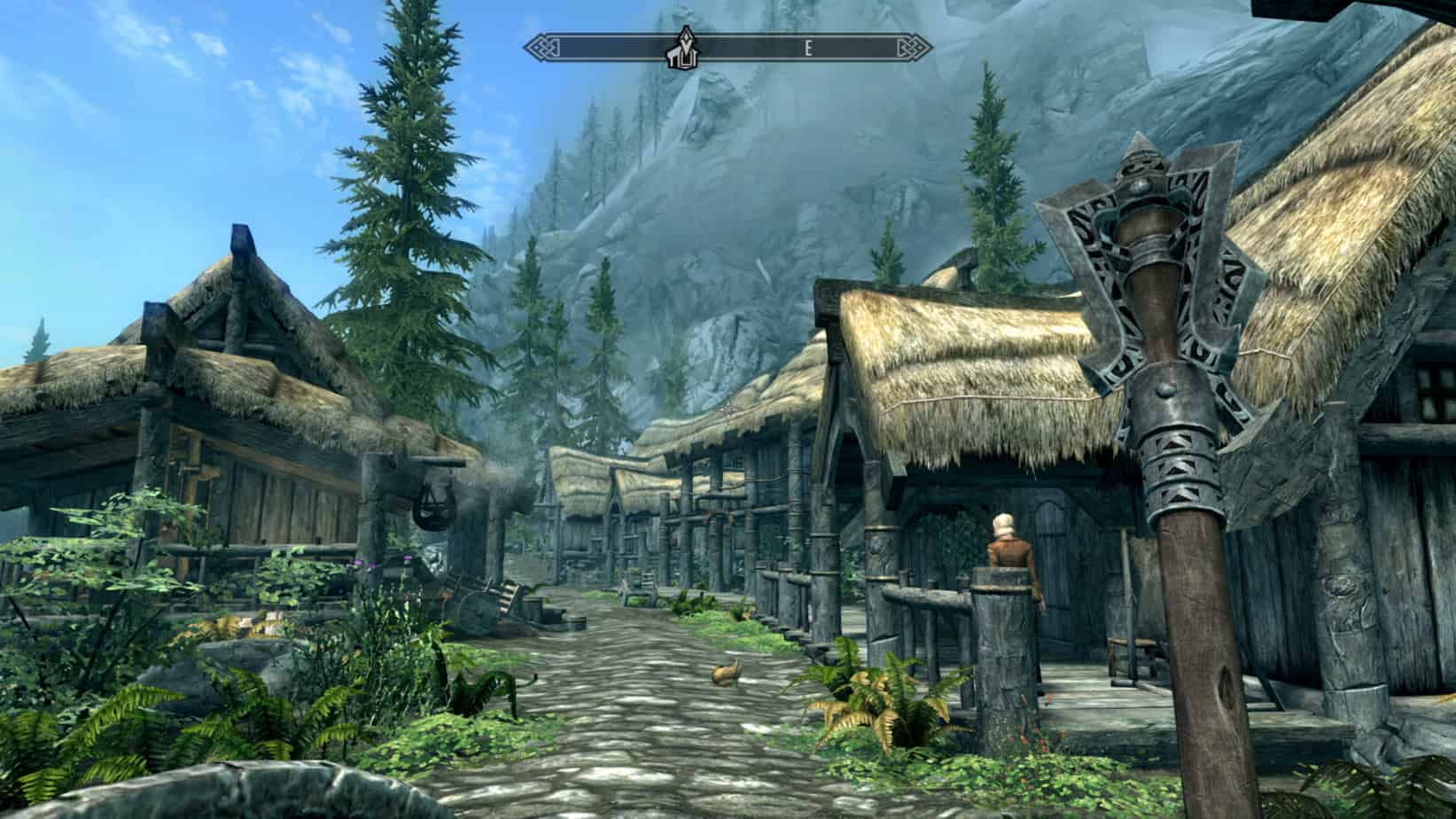 So, what about the stories? We don’t want to ruin anything for you, so we’ll stick to the basics.

Skyrim’s main storyline is all about the dragons. They’ve reappeared after being extinct for centuries, and it’s your job to find out why. The province of Skyrim is also in a state of civil war, with the Imperials trying to keep it in the empire and the local Nords wanting independence.

In addition, there are several side quest lines for various guilds. Become the most powerful warrior or mage, and you can run your own guild.

This edition from the Fallout series comes from the starts with a bang – literally. A nuclear bomb goes off, and your family quickly runs into a special underground shelter, called a vault.

You’re put into cryogenic pods, to await a better world. At some point, your son is kidnapped and your partner is killed. When you wake up, you’re all alone.

The game revolves around tracking down your son, as well as helping various factions in the post-apocalyptic wasteland. However, many of the characters are poorly developed, and the payoff of the main storyline is underwhelming, to say the least. 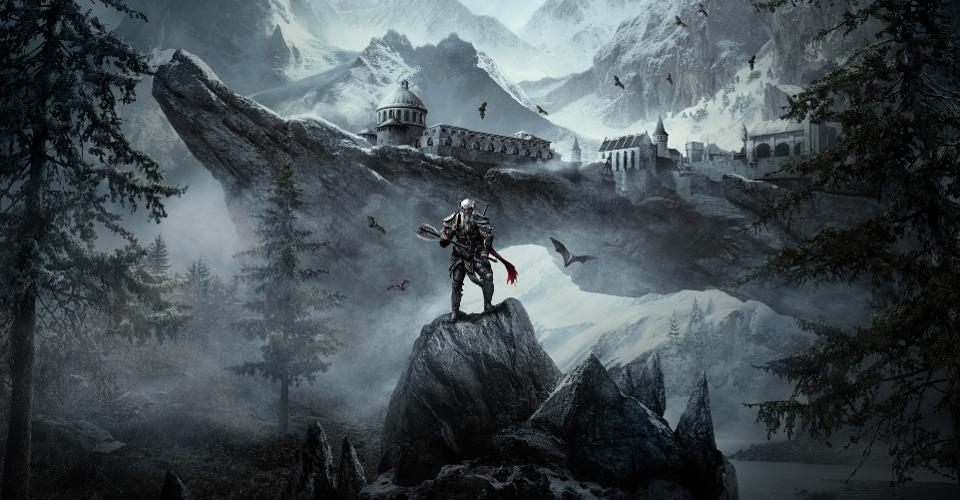 The graphics in Skyrim and Fallout 4 are nearly identical since both games were created in Bethesda’s Creation game engine. The re-use of some game assets has led to tongue-in-cheek speculation that both games are set in the same universe. Both games look a bit dated. While objects are generally realistic, the character models look a bit “off”, and move stiffly.

However, while Skyrim’s fantasy world is full of gorgeous visuals and whimsical fantasy elements, Fallout 4’s universe is relatively bleak. This is fitting, given the post-apocalyptic setting, but it still would have been nice to see some beautiful visuals. Both games have a large modding community, with many Skyrim mods available for improvements in graphics and gameplay.

Both Skyrim and Fallout game are playable on any modern system. You can play them on Xbox One, Xbox Series X, Xbox Series S, PlayStation 4, Playstation 5, Nintendo Switch, or PC. Skyrim is also available on the PlayStation 3 and Xbox 360.

Both games are widely available. If you don’t want to pay full price, there are plenty of used copies on the market. In addition, both games are frequently discounted on Steam.

Before we wrap up, let’s go over what we’ve learned. Here’s an overview of both games’ pros and cons.

Question: Are Skyrim VR and Fallout 4 VR Worth Trying?

Answer: Absolutely. Skyrim VR and Fallout 4 VR are full games designed to allow the players to relive the original game in virtual reality. They offer a great story you’ll enjoy and the freedom to roam in the open world that will leave some positively surprised and wanting more.

Question: What is Skyrim Special Edition?

Answer: The Elder Scrolls V: Skyrim SE is a remastered version of the original game which was released to be compatible with Windows, Xbox One, PS4 platforms in 2016. The Skyrim SE features all DLC expansions and better game graphics, as well as updated modding capabilities for a better game console experience.

Question: Should I install a Fallout 4 mod?

Answer: I would certainly suggest so. Thanks to Fallout 4 mod options are games like these popular and everlasting. Many players have reported that they enjoyed the game best with mods and more diverse worlds.

What Other Games/Franchises Should I Try?

Answer: Here are some excellent games that you will love if you liked the two compared in this article:

If we had to choose just one Bethesda RPG out of Skyrim and Fallout 4, the choice would be Skyrim, and it isn’t even close. The story and game world are far better developed, and the magic system gives you plenty of options. Don’t get us wrong, we love both of these Bethesda games, but Skyrim is a class above.

The modding community is also very active and full of creative modders, so you can play the game exactly as you desire with the help of Nexus mods which houses both fallout game mods and Skyrim mods. Not to mention mods for Oblivion, Morrowind and Fallout NV. The only thing Bethesda’s Fallout 4 arguably does better, is combat.

If you’ve already played Skyrim and you want to play more games like it, we’ve got you covered. Check out our guide to the best games like Skyrim that are worth playing.

what type of lingerie best for me

Is anyone here in a position to recommend Female? Thanks xox

Has anyone ever been to Mystik Vape Ecigarette Shop in 4400 N Mesa St Suite A5?

Can someone recommend Cami Sets? Thanks xox