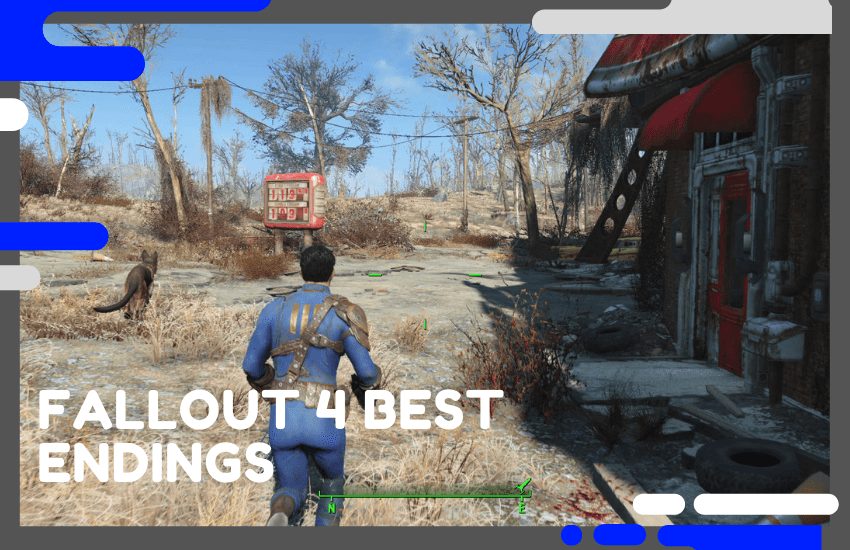 Fallout 4 Is an action role-playing game that was developed and published By Bethesda and their in house development team. It was released on November 10th, 2015, and is the fifth installment in the Fallout series following Fallout: New Vegas.

The setting is open-world post-apocalyptic Boston and surrounding areas, in the game this area is known as the commonwealth. The story takes place 210 years after the great war, which caused nuclear devastation to the world. Players play the sole survivor, a player-created character that can be either male or female.

Before the devastation caused by the great war, the player, their spouse, and child are all put into long term cryogenic stasis in Vault 111. At some point during their time frozen most of the tubes malfunctioned and their child was kidnapped and later stolen.

During the player’s time in the commonwealth, the player encounters a variety of characters and four different factions that the player must decide against at the end. The ending cutscene is the same except for subtle changes depending on the gender chosen at character creation and the faction sided with.

The Commonwealth Minuteman is a civilian militia formed as a result of the efforts by various small communities that wanted to protect themselves from the many threats present within the Commonwealth. They are inspired by the historical Minutemen of the American Revolution and have pledged to defend each other.

Morally speaking the Minutemen don’t create a lot of conflicts, they are a group that accepts all, and will help all. They provide some firepower and are overall a group that can be allied with regardless of the final decision. 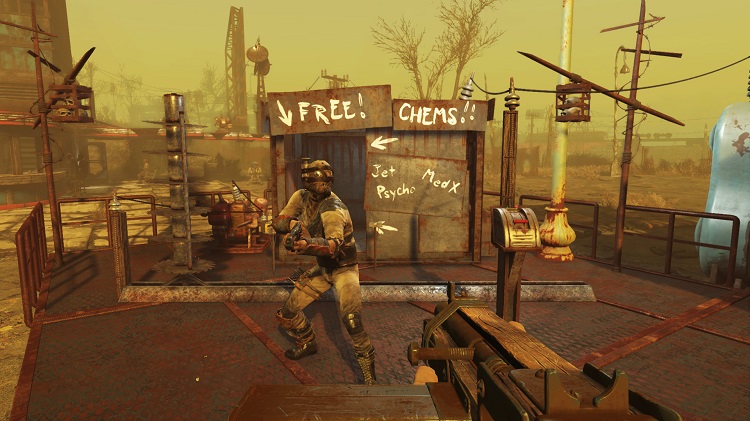 Another variation to this ending makes the Railroad an enemy of the players and the Minutemen, this will happen if the player fails to trigger the evacuation signal before destroying the Institute and speaks to Desdemona.

The last ending is of course the Minutemen, Railroad, and Brotherhood of Steel co-existing, however, this means that the player cannot take part in any turning point mission that would make them an enemy of a faction, this includes Tactical Thinking, Underground Undercover, and Mass Fusion. Instead, the player will be banished from the Institute, proceed to destroy the Institute themselves, and trigger the evacuation protocol.

The Brotherhood of Steel is a neo-knight military order that rose from what once was the American Military on the west coast before eventually migrating to the East Coast. The head group stylized as Lyon’s Brotherhood of Steel maintains headquarter in the Citadel, which is an imposing fortress built beneath what once was the Pentagon in Washington D.C.

The eastern division is under the command of Elder Arthus Maxson who is the supreme commander of the Eastern Division. While the Eastern Divison is more lenient on the technology they still believe that ghouls, synths, and super mutants are abominations.

Morally speaking, allying with the Brotherhood of Steel offers a lot of firepowers but also means you have to be okay with the killing of synths because of their technology, as well as, other mutants of all types.

The Railroad is an underground movement that focuses on freeing sentient synths from their creators, the Institute. The Railroad has been around since the time of the first successful creation of Generation-3 synths by Insitute Scientists around the 2200s.

During the Broken Mask Incident at Diamond City in 2229, the public discovered the existence of synths and began to question if they deserved the same rights as humans or if they were simply more advanced robots. 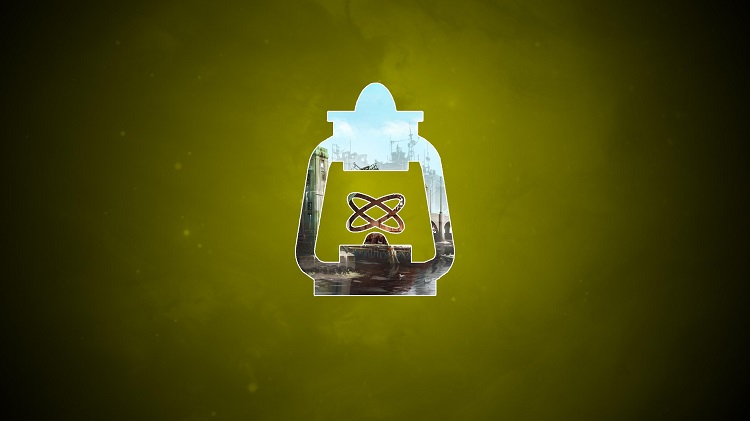 They also began to develop paranoia as local residents of Diamond city would vanish and be replaced with malfunctioning artificial clones, which furthered fear of synths.

Others, however, felt that the synths had been enslaved by their creators at the Institute and now they deserved to be free and have the same rights as any other human within the Commonwealth. The Railroad emerged from these ideals and began to function within the Commonwealth focusing on freeing synths and giving them a purpose.

Morally siding with the Railroad would get rid of two of the biggest threats in the commonwealth the Institute and Brotherhood of Steel, however, may of the Railroad are radicals are willing to put Synths lives above those of humans.

This ending focuses on the Railroad and the player destroying the Brotherhood of Steel and The Institute. After destroying both of these threats the group focuses on protecting synths from the groups that seek to oppress them. They also take over Diamond city and display their flags proudly.

The Institute is an advanced scientific organization and civilization based out of the Commonwealth. Formed by the surviving science staff of the Commonwealth Institute of Technology. They were able to take refuge underground and carve out subterranean habitat for themselves.

The Institute as it’s known in Fallout 4 was formerly founded in 2110, as the children of the previous scientist dug increasingly sophisticated habitats and developed advanced technology. They worked without regard to what was happening on the surface and remained isolated from the outside world. The focus of their work was creating synths.

The once worked peacefully with those of the Commonwealth attempting to create a new government while building the first generation of synths. Mutual mistrust between the Institute and the Commonwealth citizens drove the Insitute back into isolation. They continued to grow and develop technology, including a molecular ray aka teleporter, which allowed for their Utopian society to seal itself away.

They also created synths with synthetic flesh, so they aren’t limited to their metal bodies, the Institute’s original goal complete. Their attention turned towards procuring unlimited amounts of energy, by restarting an ancient nuclear reactor once used by the CIT to perform experiments.

They believe it will provide the Institute with limitless amounts of power and free them from having to compromise and sacrifice. Morally siding with the Institute gives humanity the last hope at potentially restoring Earth to a less harsh environment, similar to how it was before the Great War. However, they also believe in the slavery of sentient synths and don’t appear to show remorse for those they hurt with their experiments. 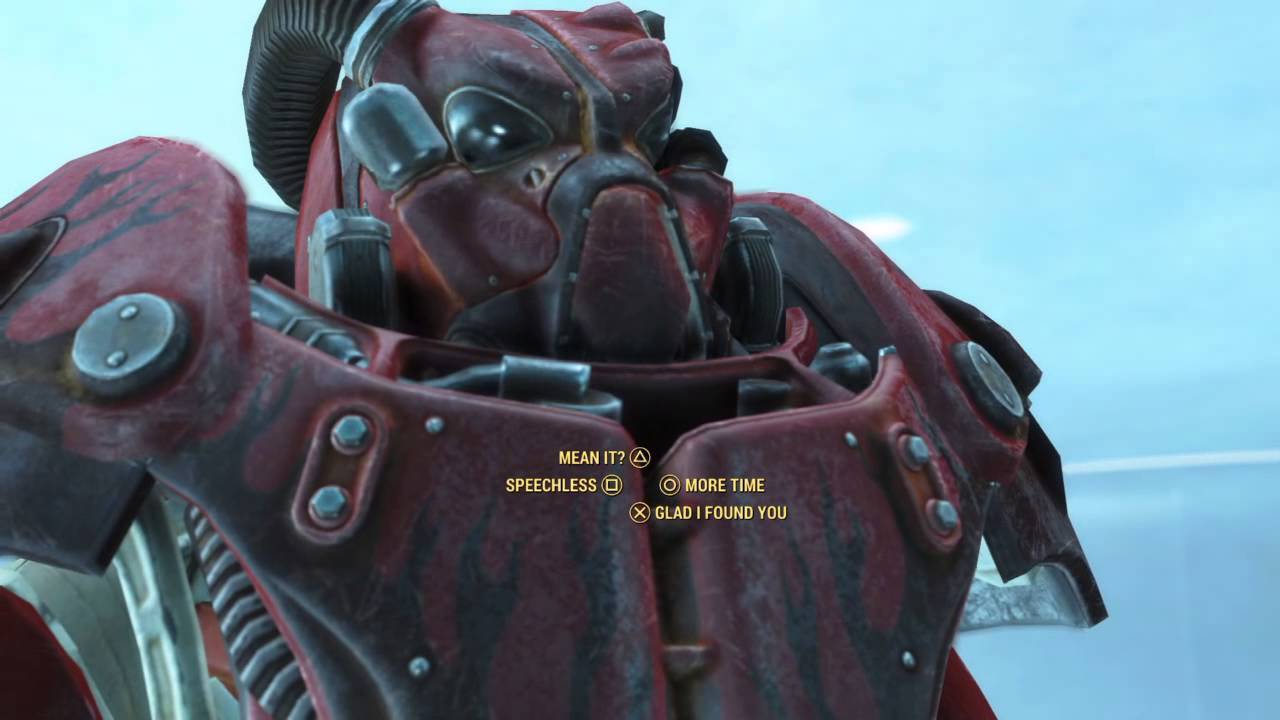 If the player chooses this ending the Railroad and the Brotherhood of Steel will be destroyed and the Insititute will take over Diamond City. With those factions gone, the improved Nuclear Reactor with be activated and the Institute will cement its dominance over the Commonwealth.

Synths will be seen patrolling the Commonwealth and Diamond City. The player is promoted to the position of Director, will declare their standing on the future of the Institute and the Commonwealth. There are three variations of this ending.

The player character can tell the Minutemen they are allied with the Institute during the quest Pinned. The last variation is the anti-Institute newspaper Publick Occurences starts releasing pro-institute articles if they have a high enough affinity with Piper Wright while siding with the Institute.

Question: What systems is Fallout 4 available for?

Answer: Fallout 4 is available for PC, PS4, and Xbox One.

Question: What type of game is Fallout 4?

Answer: Fallout 4 is an open-world post-apocalyptic game set after a great nuclear war devastated the world. It’s the fifth game in the Fallout franchise.

Question: Can Fallout 4 be modded?

Answer: Yes, Fallout 4 is moddable on all systems and has an active modding community.

Personally, I would probably want to side with the Minutemen the first time around, they seem sensible, nice, and generally likable. I asked a reliable Fallout 4 informant who agreed that their first playthrough they sided with the Minutemen.

However, let’s be honest this game has replayability so there is a possibility for a lot of replayability with this game, so let’s not limit ourselves to just one end. In my second playthrough, I would definitely choose the Institute, just to see the difference in post ending gameplay and the activation of the Nuclear Reactor, the thought of the world being restored is also comforting.

I would also want to get the extra little Publix Occurrence boost with Ms. Piper Wright The third playthrough I could see myself choosing Railroad after a heavy debate because I’ve never been one for major firepower or a huge military presence.

The Railroad while focused on saving Synths and creating a comfortable world for them is at least fighting for a worthy cause, even if overzealous in their efforts.

That would leave the last ending Brotherhood of Steel to experience, at then quickly betray to the minutemen. What can I say I’m just not into scary military guys with giant guns. 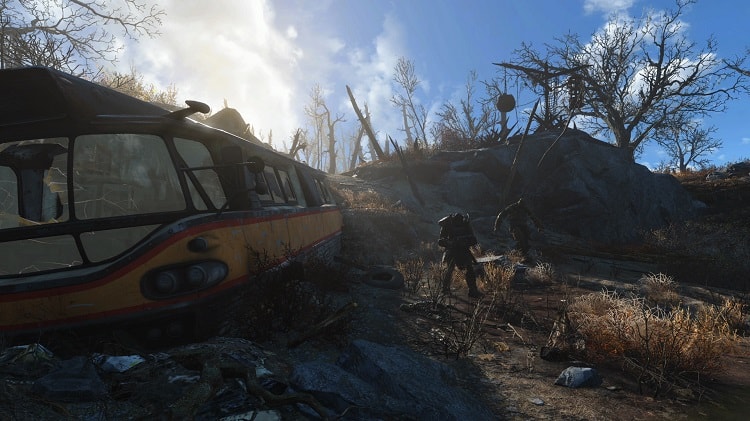 For fun, I decided to ask my Fallout 4 informant what his choices would be and why. He chose the Institute first because he likes the idea of growing back humanity and the world prospering again. He also enjoys using synths in his gameplay.

His downside for this ending is drafting Liberty Prime. His second choice was the Railroad because saving the synths and helping the commonwealth is in his best interests. Again he really likes synths but finds the over missions annoying. His third choice would be the Brotherhood of Steel, for similar reasons for my low ranking. Neither of us is heavy firepower, power suit people.

He also noted his dislike for Liberty Prime as an annoying mission. He ranked the Minutemen the last, where we clearly differ. However, that is due to the lack of action after this ending. While it’s morally sounds, it’s just not as fun something we can both agree with.

Things to consider when choosing your ending, are your build, playstyle, and of course morals. Personally, I play smaller builds with sneakier methods of killing, I only all-out fire down people when I’m playing in GOD mode and have the bullets.

I’m not a big fan of the clunky power armor suits either. My build style is also quiet, I’m not a fan of followers, except for the adorable Dogmeat. Choosing the Minutemen makes sense for my build in the long run even if it isn’t exciting.

Although the Institute ending is always very tempting. My Fallout 4 informant plays a similar build to me but he is definitely more in-depth. Let’s just say he’s an Institute supporter and chooses that ending every time.