Gamer Guyde Team
With more than a million gaming hours under our belt collectively, the Gamer Guyde Team knows more about gaming than your average gaming blog. We have team members from all corners of gaming coming together to share their take on the hottest games, recommendations to discover new games you’ll fall in love with, and where to find those Easter Eggs you just can’t seem to uncover. Whether you’re on PC, Playstation, Switch, Xbox, or mobile, the Gamer Guyde team is on a mission to change the way you game.

Banished is a city-building colony sim where you control a group of exiled travelers who must restart their lives in a new land. All they have are the clothes on their backs and a cart of supplies. Released in 2014 by Shining Rock Software, Banished has become a popular title among City Building fans. If you’ve enjoyed playing Banished here are 22 more games that you’ll love. 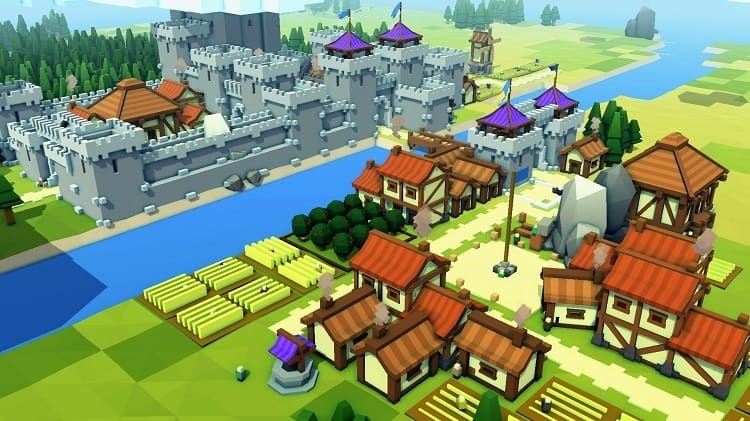 Similar to Banished, Kingdoms and Castles is both a city builder and a colony sim. The goal of the game is to take a small hamlet and grow it into a sprawling city with a large and imposing castle. You must protect your growing city from Vikings, dragons and the elements.

With a dynamic world that includes a procedural cloud system, season cycle, and a realistic tree algorithm the game is a hit among city-building fans. It was released in 2017 by Lion Shield, LLC

Kingdoms and Castles is available on Steam. 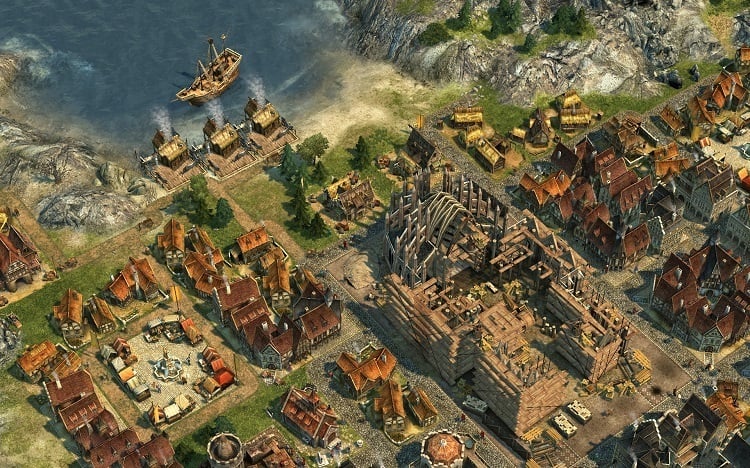 Anno 1404 aka Dawn of Discovery is a real-time strategy simulation and a city builder. Released in 2009 by Blue Byte, Related Designs, and Ubisoft. It has award-winning gameplay that combines construction, economy, discovery, diplomacy, and combat.

The goal of the game is to create your own nation by exploring the globe, trading and learning new technologies. Ultimately creating your own history.

Dawn of Discovery is available on Steam. 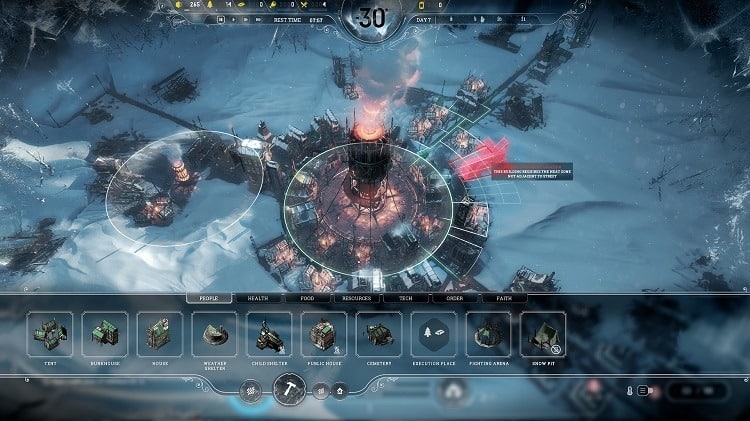 Frostpunk is a post-apocalyptic colony sim and a city builder that focuses on survival. Released in 2018 by 11-bit studios, Frostpunk makes you the leader of the last city on an Earth that is completely frozen.

Your job is to manage the resources and the people of this city to help ensure their survival. The game allows you to make laws that govern your people, create new technologies and explore the frozen earth.

Frostpunk is available on Steam. 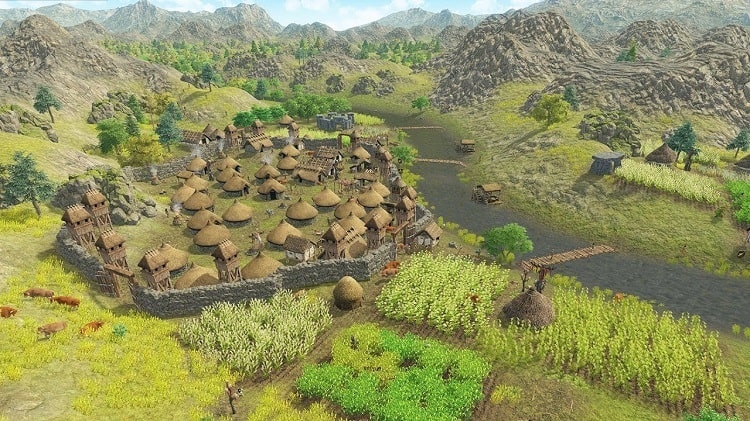 Released in 2019 by the creators of Planetbase Madruga Works, Dawn of Man is a colony sim and a city builder. You control the first settlement of modern humans and guide them through the different ages of man.

From the stone ages to the iron age. This game combines 10,000 years of human prehistory, the survival of the elements and evolution. In this game, you will hunt, gather, plan for the unfavorable, expand and build your world.

Dawn of Man is available on Steam. 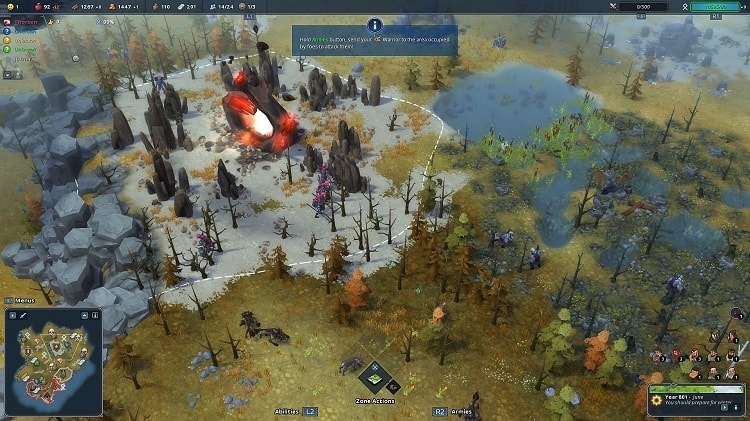 Northgard is a real-time strategy city builder and colony sim. Released in 2018 by Shiro games, Northgard is based on Norse mythology where you control a clan Vikings that want to control the newfound continent of Northgard.

Choose your Viking clan, build your city, manage your resources, achieve different goals and play against friends or an AI system. This game has a little something for everyone.

Northgard is available on Steam. 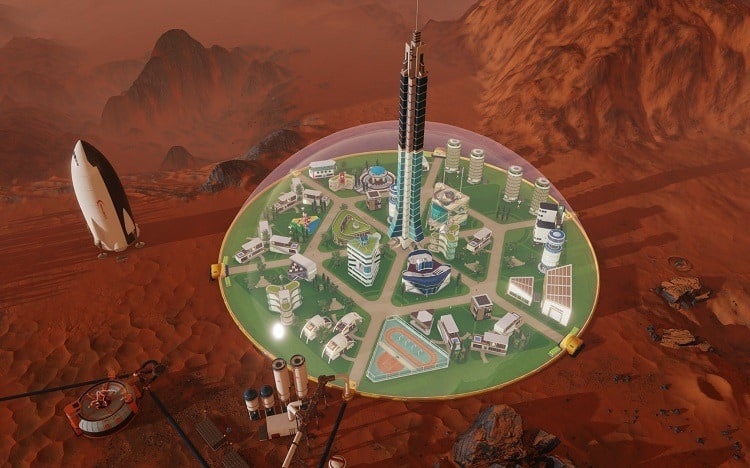 Surviving Mars is a sci-fi city builder and colony sim. Released by Haemimont Games and Paradox Interactive in 2018. You take control of building a new colony on Mars by choosing a space agency and the location of your colony.

Your goal is to keep the colonists alive and expand your settlement. This game features unique colonists who have a personality of their own, futuristic buildings, a random research tree and the exploration of mars secrets.

Surviving Mars is available on Steam. 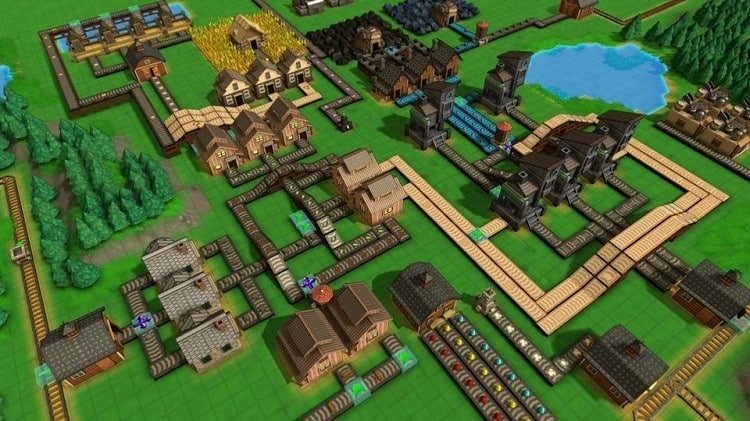 Factory Town is a colony sim and city builder game. Released by Erik Amussen in 2019, it is currently in early release. Which is perfect for those gamers who want to watch a game grow as they play.

The game has procedurally generated 3D terrain where you build, automate and optimize your village with a variety of different tools and resources. This game features a sandbox and creative mode, as well as, map editing and terrain sculpting tools.

Factory Town is available on Steam. 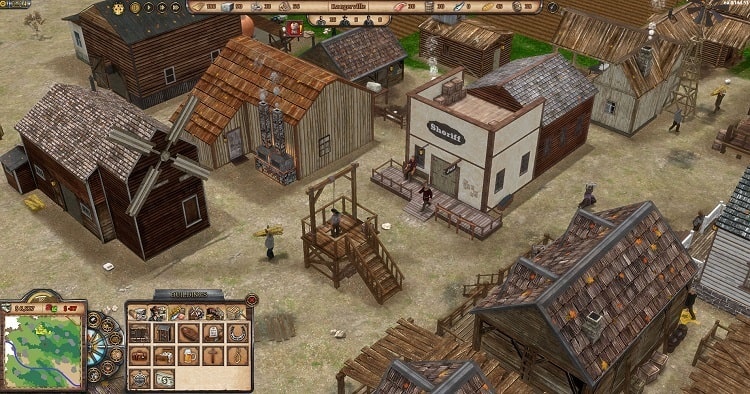 Depraved is a city builder and colony sim set in the Wild West. Released in 2019 by Evil Bite. The game combines city building with survival. Your goal is to build towns and establish outposts while supplying your residents with resources to survive different seasons, animals and bandits.

Depraved can be found on Steam. 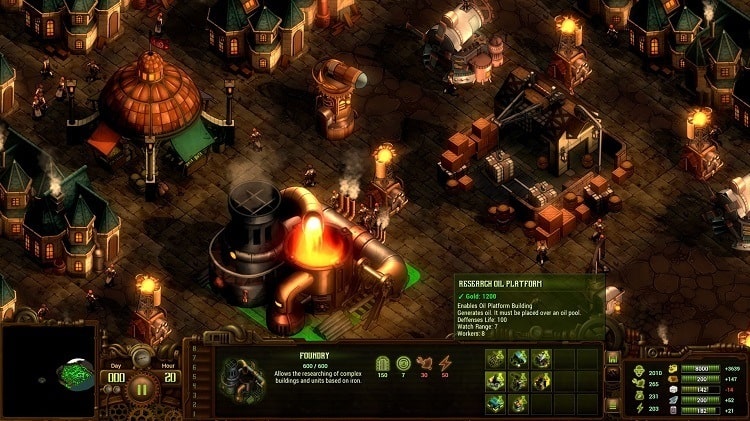 They Are Billions is a post-apocalyptic strategy game. That combines base building and colonization. Released by Numantian Games in 2019, They Are Billions answers the question, can humanity survive a zombie apocalypse.

Your goal is to build colonies and survive against the billions of infected zombies that want to annihilate the few that survive. This game features 48 missions and at least 60 hours of gameplay, as well as, 90 available technologies. It also has a built-in story that lets you find the answer to how the pandemic started.

You can purchase and download this game on Steam. 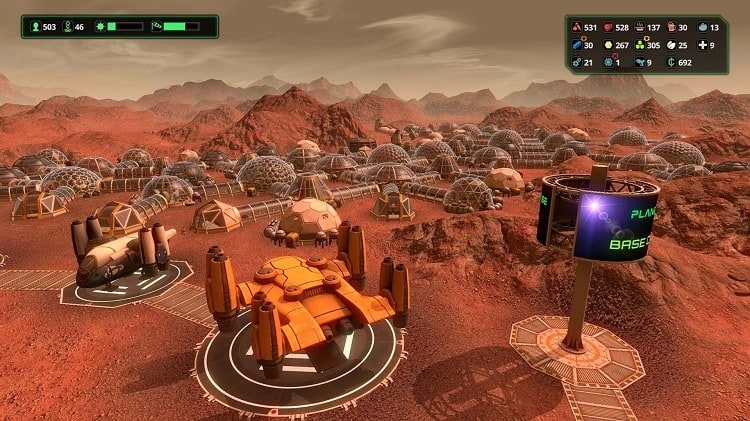 Planetbase is a Sci-Fi colony sim and city builder. Released in 2015 by Madruga. The goal of this game is to guide a group of space settlers in establishing a base on a remote planet. Help them grow food, collect energy, become self-sufficient and survive a harsh environment. This game features four different planets with different difficulties,

Planetbase is available on Steam. 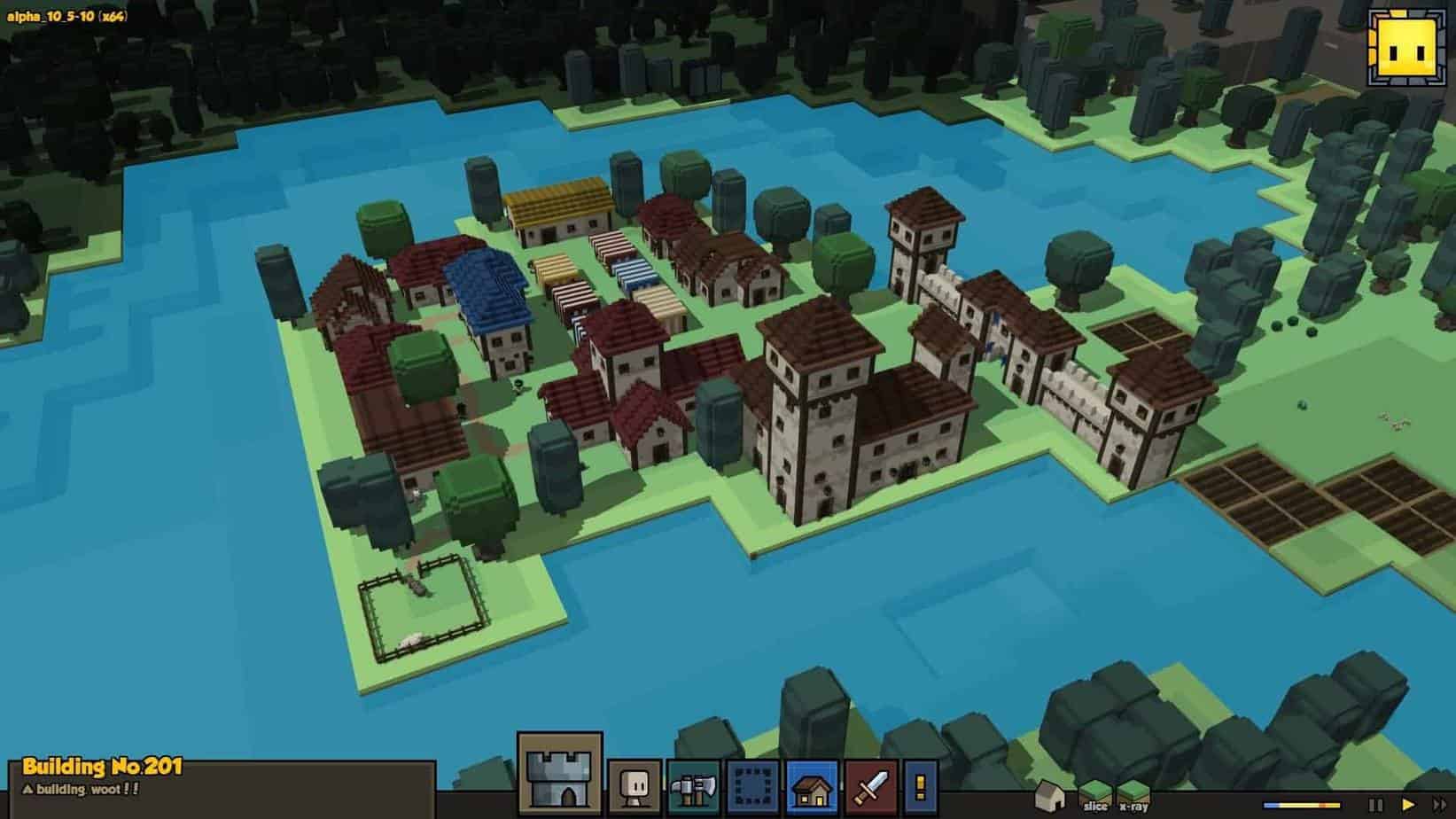 11.  Stonehearth is a sandbox colony sim and city builder where you help a group of settlers build a home in a forgotten land. Released 2018 by Radiant Entertainment your goal is to establish a food supply, build shelter and defend your settlers.

Stonehearth has a procedurally generated terrain and dynamic AI encounters. Additionally, Stoneheart supports mods and comes with tools to add your own spin on the game. The game’s goal is to take you back to pen and paper RPGs where a core rule set melds with the gamemaster.

Stonehearth is available on Steam. 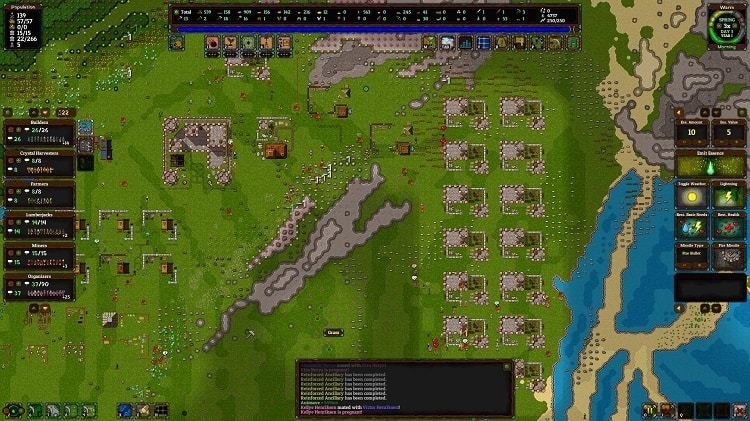 Rise of Ruins is a 2D Top-Down game that blends city building and tower defense together. Released by Raymond Doer and SixtyGig Games, Rise of Ruins blends elements from games like Black and White, Rimworld and Dwarf Fortress together into a unique and fun gaming experience.

You can find Rise of Ruins on Steam. 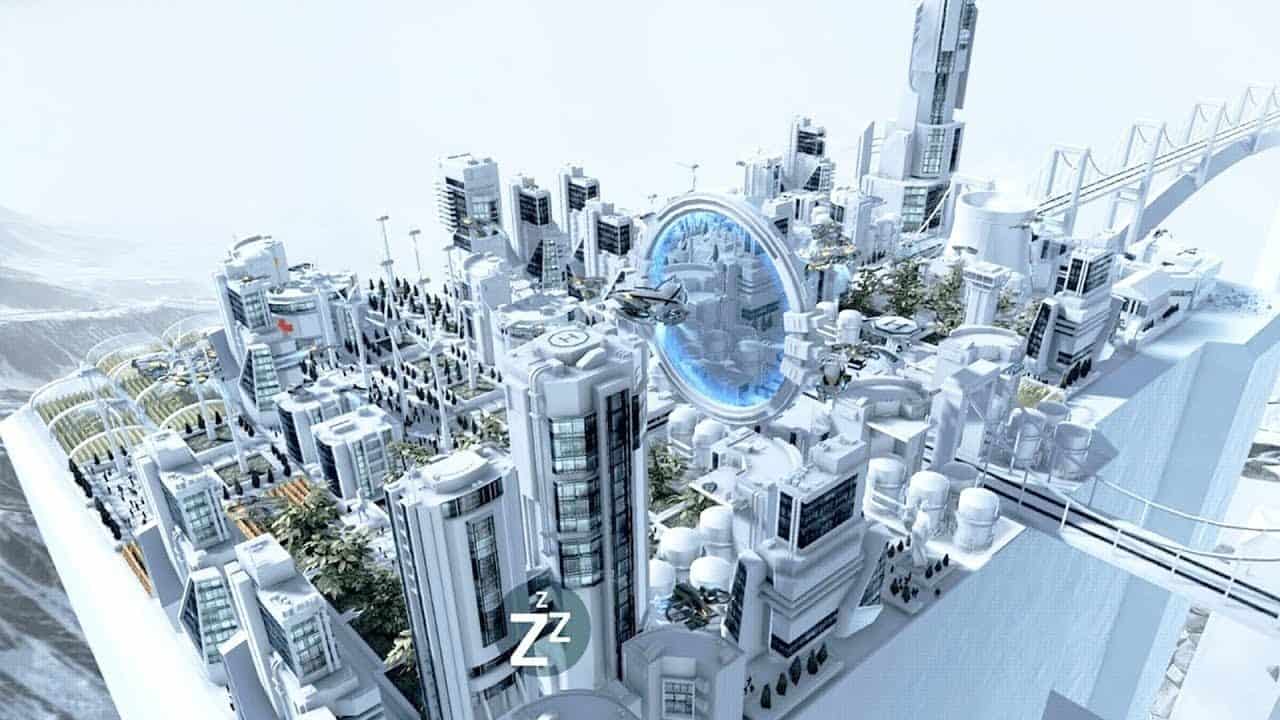 Cliff Empire is a city-building, colony sim that takes place after a nuclear war has devastated Earth. Released by Lion Shade in 2019, the game focuses on restoring life on Earth by building three separate cities on cliffs in a mountain region of Earth.

The game features include an economic system, trade system, and dynamic climate change. There are 120 structures to build, 15 goods to trade and consume and 15 quests to complete.

Cliff Empire is available on Steam. 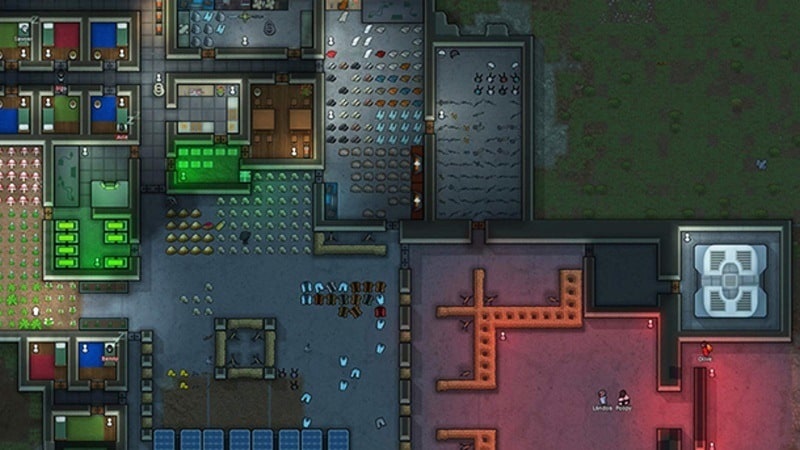 Rimworld is a sci-fi 2D top-down colony sim. Released by Ludeon Studios and released in 2018, Rimworld makes you the co-author of the stories about a random group of crash-landed survivors.

Along with an intelligent AI storyteller, see what happens to this random group of survivors. This game has a host features from the in-depth management of colonists, colonist relationships, pets, and mod support.

RimWorld is available on Steam. 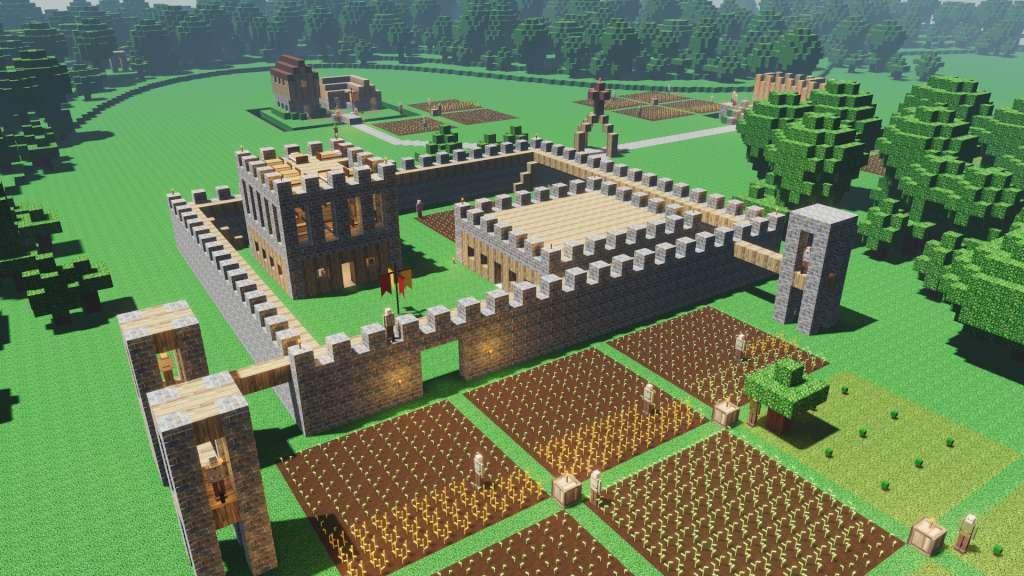 This game is a colony and survival sim with a unique first-person twist. Developed by a two-man team called Pipliz it was released in 2017. Similar to Minecraft it combines real-time strategy, base building, and survival.

The game is currently in early development so its perfect for the gamer that wants to watch a game become a fleshed-out version of itself in real-time. This game features online co-op and PVP, mod support and regular updates to content.

Colony Survival is available on Steam. 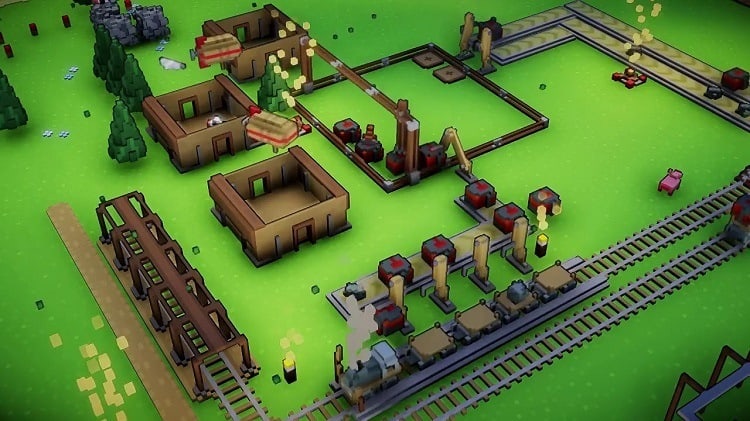 Kubifaktorium is a is an early access colony sim where you build, manage, and grow a colony. This game has various biomes for exploration, resources and complex machinery. It was released by Mirko Seithe in 2019 and is currently in an early release phase. The game features voxel-based colony management and automation. It is mod-friendly and has a growing community.

The developer releases weekly bug fixes and content patches and releases (bi-) monthly progress report videos. There is a discord channel for those gamers that want a sense of community and involvement in the game’s progress.

Kubifaktorium is available on Steam. 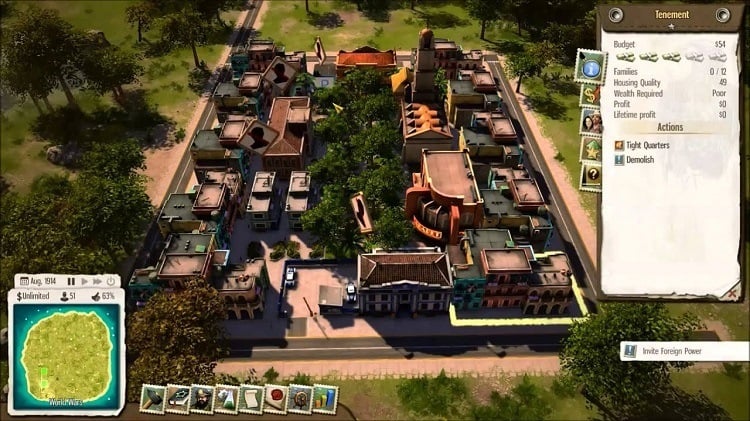 Tropico 5 is a city builder, strategy sandbox game released by Haemimont Games and Kalypso Media Digital in 2014. The 5th installment in the Tropico series returns to the island nation of Tropico where you reign from the early colonial period through and beyond the 21st century.

Tropico 5 is available and can be found on Steam. 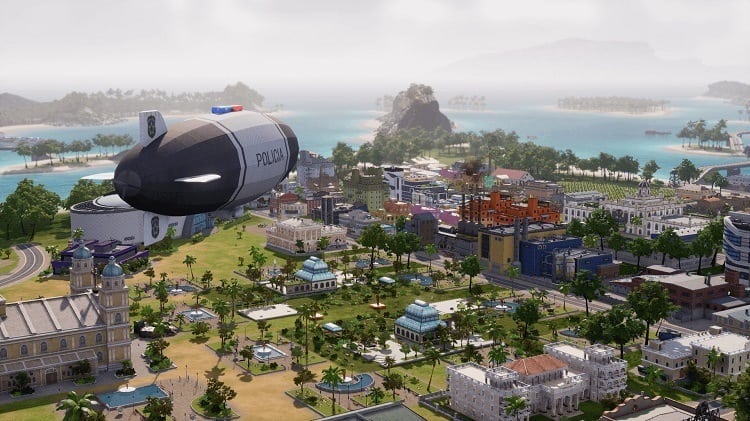 Tropico 6 is the next installment of the Tropico series. Released by Limbic Entertainment and Kalypso Media Digital in 2019. Tropico 6 adds a new twist to series where you can now manage multiple islands instead of just one.

Featuring all of the things that are loved about the series with an exciting refresh. This game features a new transportation system, a new research system and the reintroduction of election speeches. It also has an online multiplayer with support for up to 4 players.

Much like its predecessor Tropico 6 can be found on Steam. 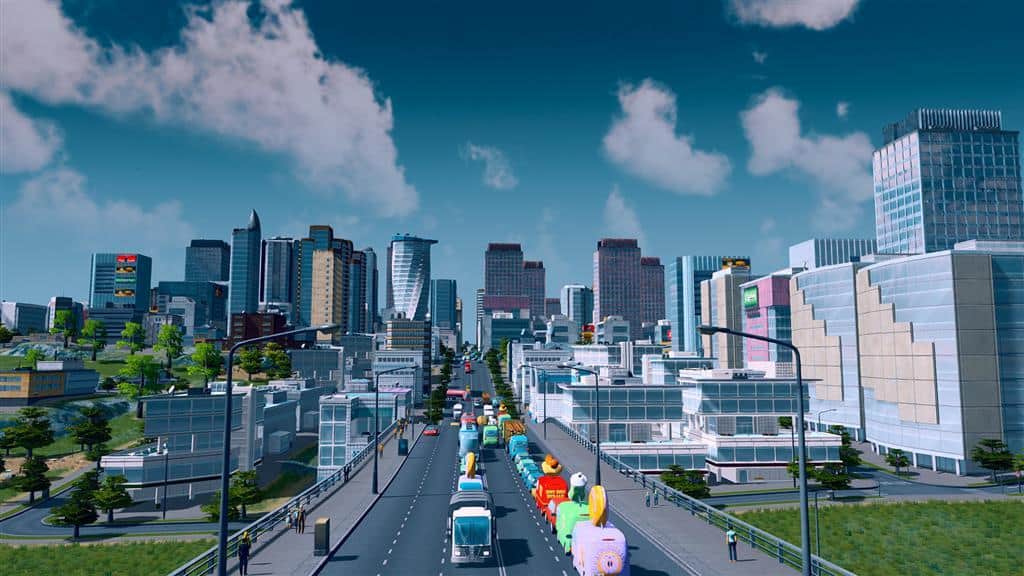 City Skylines is a city builder and management game. Released by Colossal Order Ltd. and Paradox Interactive in 2015, City Skylines offers a modern twist on the classic and well-loved city simulation genre.

The game revisits some established tropes present in city building games while also adding new gameplay elements to give it a fresh new look. This game features an extensive local traffic simulation and a day and night cycle.

City Skylines is available on Steam. 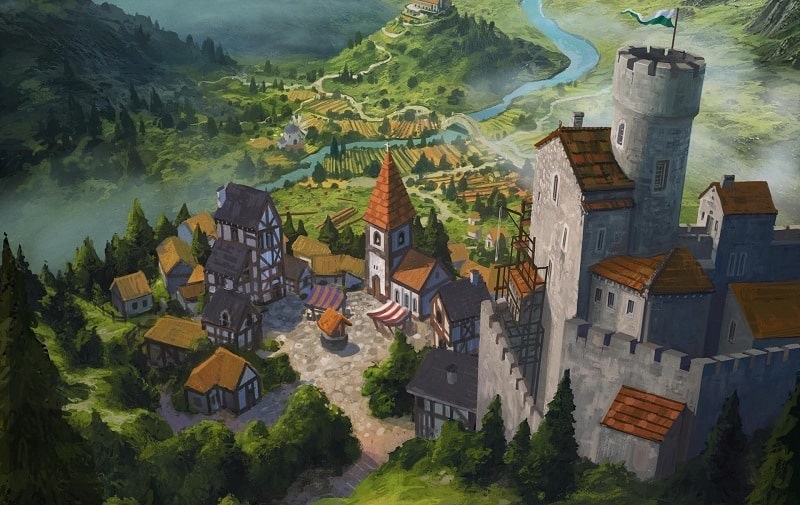 This game is a medieval city builder and strategy game. Released by Polymorph Games in 2019, Foundation is still in early access but shows promise to redefine the city-building genre.

The game focuses on organic aspects of urbanism during medieval times. The game’s features include gridless building to allow medieval cities to be built as players imagine them and for those cities to grow organically as if they were real. It has a unique monument creation tool and full modding support allowing the game to become what you imagine it to be.

Foundation is available on Steam. 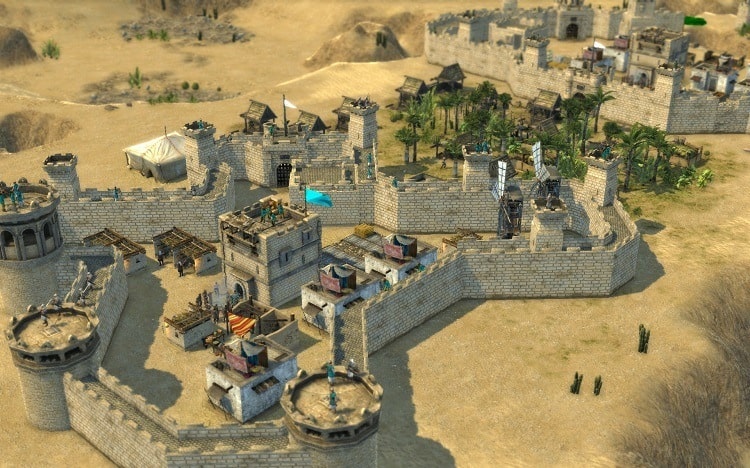 Stronghold Crusaders 2 is a medieval real-time strategy city builder with historical elements. It’s the sequel to the original castle Stronghold. Released by FireFly Studios in 2014, this game features the return to the desert with a new engine, 3D graphics, and powerful physics.

The game features castle building, skirmish mode, multiplayer mode with support for up to 8 players and classic AI characters for those who prefer single player. It also has a co-op mode allowing for you and a friend to build a castle together. Lastly, there is a sandbox mode that allows you to build freely and edit the map. Truly something for everyone in this game.

Stronghold Crusaders 2 is available on Steam. 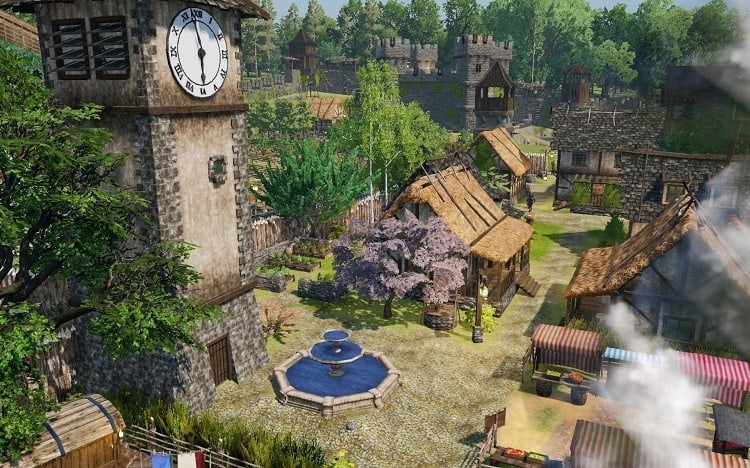 Life is Feudal: Forest Village is available on Steam.

There is a little something for everyone on this list. From city builders of the future to the past and first-person survival games. Triple AAA titles with a large following to indie titles that are a work in progress. Anyone can find something they can enjoy playing on this list.

what is the best cbd capsules to buy on amazon

Hi everybody ! can anyone suggest where I can purchase Grand Daddy Purp CBD Vape Cartridge 200mg By By Proleve?