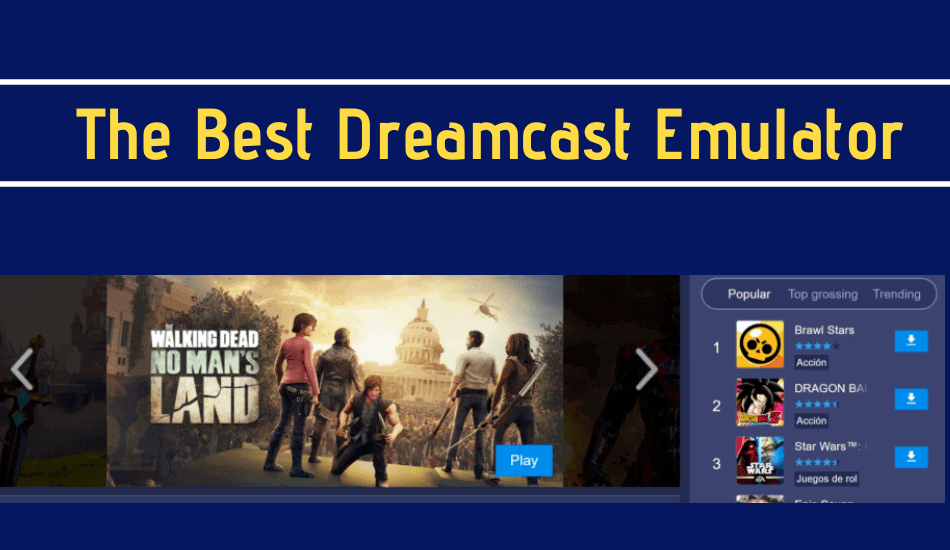 Ah, the Dreamcast. Sega’s final hurrah into the games console market. Released in 1998 in Japan, and brought over to Europe and North America the following year, Sega was in a strange position with their swirly logoed console.

With the release of the PS2 ever-looming overhead and a lack of third party support, Sega struggled to find its footing. It gathered a decent following in North America and was loved by those who adopted it, but sadly, it’s success never amounted to enough for Sega to continue in hardware development.

Falling into a hard third behind Sony and Nintendo, Sega turned to produce exclusively software, and publishing on various consoles.  While as we know today, they found, and continue to find, great success in this, it’s always worthwhile to take a look back at what was, and what could have continued to be.

A wildly popular way of doing this on the internet is through emulation. The legality of this is quite heavily debated, with some sites getting taken down in recent years (mostly by Nintendo) and others crumbling under the fear of being taken to court for all they’re worth.

Some still remain, however, and this being the internet, we’re going to take advantage of what we can, while we can. Some popular sites that are still up and running as of the writing of this article are; 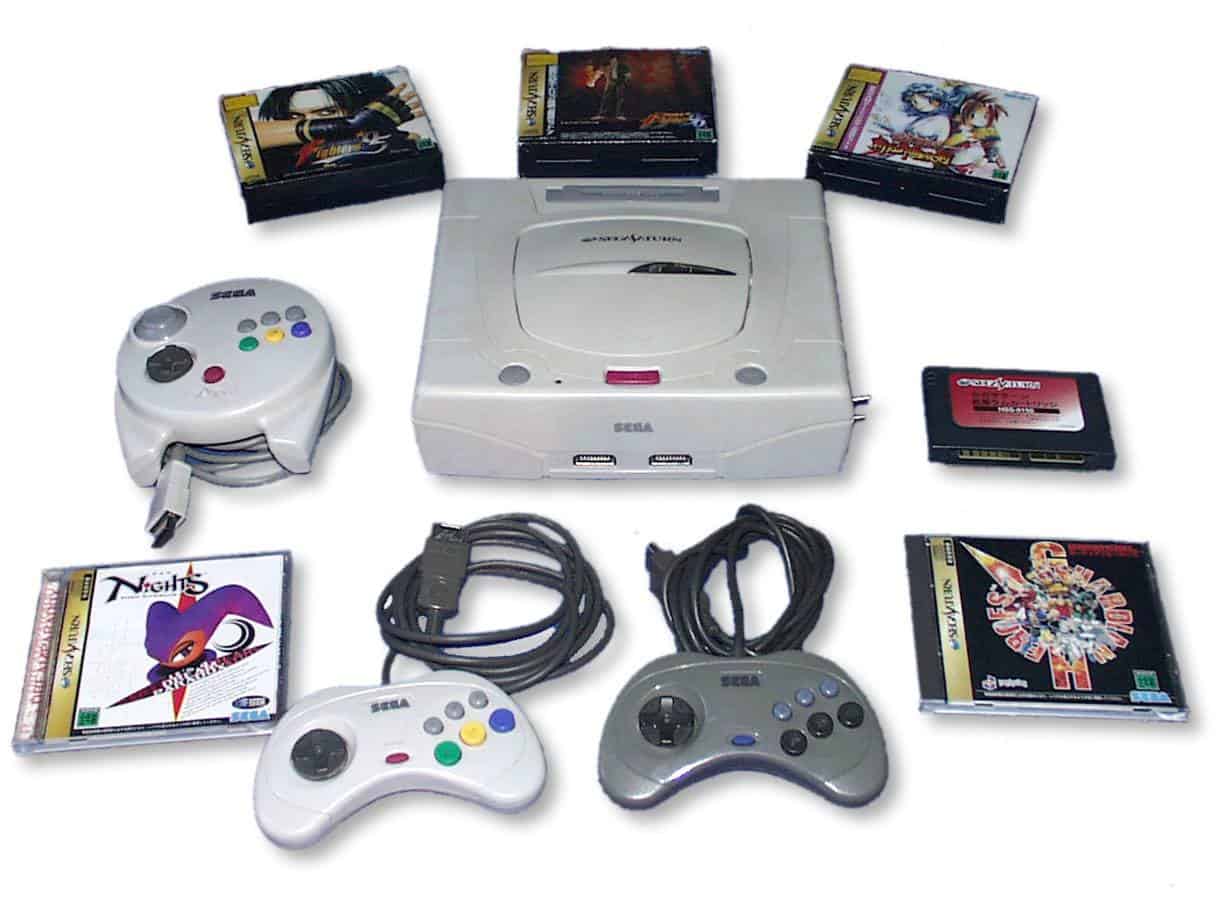 So, first things first. You’re going to want to download an emulator. I’m going to use CoolRom as an example here because it’s what I know best, but know that the method is nearly identical on all of these sites.

You’ll want to navigate to the “Emulators” tab and find your way down to the “Dreamcast” section. Click into that, and you’ll be greeted with a selection of emulators designed and built specifically to run Dreamcast titles on a PC.

From there, you can simply navigate to the “ROMs” section of the site, select “Dreamcast” and scroll through the list of available game files. Download your favourites and add them to the designated folder. The folder name and location varies from emulator to emulator, and you may be required to create your own, but you’ll find instructions for specific emulators with a quick Google search.

Note that with most Dreamcast emulators you’re also required to download the BIOS separately. It’s linked alongside the emulator in most cases, but when not, it is again a very simple Google search away. Just search “<name of emulator> BIOS download” and it’ll show up.

From here, you’re pretty much good to go. You’ll likely have to set up a control scheme, mapping buttons to keys, or buttons, should you be using a controller.  There’ll be a much more detailed set-up guide down below.

Which emulator is the best?

Over the course of writing this article, I have spent hours and hours messing about with a whole pile of Dreamcast emulators, and have come to the conclusion that there is really only one to be considered the “best”, and honestly, perhaps only one that is fully worth your time.

I’ve been through Chankast, Demul, NullDC, DreamEmu… The only one I’ve found to work in a somewhat reasonable manner is Demul.  Not to put any of these other emulators down though, the developers of each of these are clearly extremely passionate about the Dreamcast and want to preserve it in as pure a state possible, whilst still providing to those unable to acquire one.

While it’s true that with some, I was unable to get games running due to missing files and the internet really not being what it was a few years back, if any of the aforementioned emulators work better for you, by all means, work with that.

For this article though, I’m going to be recommending Demul.  It works without too much effort, and plays every game I’ve thrown at it near perfectly.

Get your emulator running

You’ll more than likely run into a few speed-bumps in trying to get your emulator actually running, especially if you haven’t worked with anything like this before.

These applications can be a pain in the ass to get working correctly (trust me, I know). They want this file here and that file there, but they also want you to download this file and put it in here, but also rename it.  It’s a convoluted system, mostly due to legal reasons, but once you get things going it’s a brilliantly satisfying feeling to be able to download and play all your old favourites in a matter of minutes.

In an attempt to not ruin your day with the awkwardness of making this work, I’ll run you through the steps to get your Demul emulator up and running as quickly and painlessly as possible. I’m going to assume you have the emulator downloaded, but if not, just head to CoolRom and grab it from the emulator section (I recommend using the “download with timer and ad” option).

How to Start Your Emulator Running

You’ll need to download a ROM (or an ISO in this case, but they essentially work the same way. Just note that ISOs are what you’ll need for Dreamcast emulation.)
Head to CoolRom, navigate to the ROMs section, enter into the Dreamcast section and pick what you want to play. (Again, I recommend using the “download with timer and ad” option, it just works better.).

Some games worth playing

While we’re here, why not recommend some games. The Dreamcast, despite its somewhat small install-base, ended up with a brilliant array of high-quality games, many of which are still adored to this day. I’m sure a lot of you here know what’s up in this area, and that’s fine, but for anyone who’s new to the Dreamcast and wants to emulate a couple of games to get a feel for the system, or simply someone who wants a bit of a refresher, this is for you;
(all of the recommended games have been played and tested using the Demul emulator).

Can’t really talk about the Dreamcast without talking about Sonic Adventure 2, can we.  I’d put good money on there being a copy of this game with just about every Dreamcast system out there to this day. Widely considered to be one of the best Sonic games, fans just can’t seem to stop loving this one.

Playing through some of it for this article though, it’s not hard to see why. The first level especially is incredible. The music, the graphics, everything is fantastic.  While in later levels the game may lose itself a little bit, the highs here are so high, it’s most definitely worth a playthrough. In my experience, this plays perfectly on Demul. 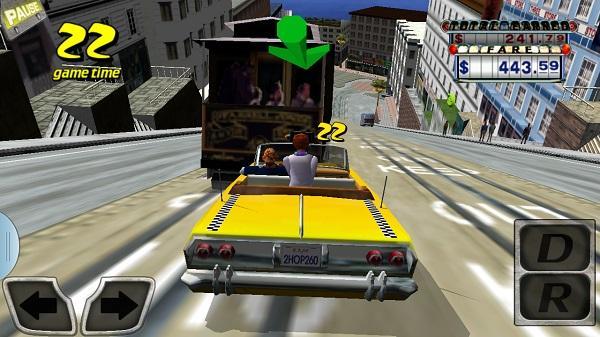 Can you believe that before writing this article, I had never played Crazy Taxi? Me neither. I spent the most time in this one for sure, it’s so fun!  You essentially just drive around picking people up in your taxi and driving them to their desired location, but the fun comes in the madness that ensues as you drive through oncoming traffic, trees, pedestrians, you name it. It’s chaos.

It’s a fan favourite, and another very common one to see in a Dreamcast collection. Do yourself a favour and play this, it’s a blast. Might be worth noting that I was having the odd stutter here and there whilst playing in windowed mode. This disappeared seemingly completely after switching to full-screen. 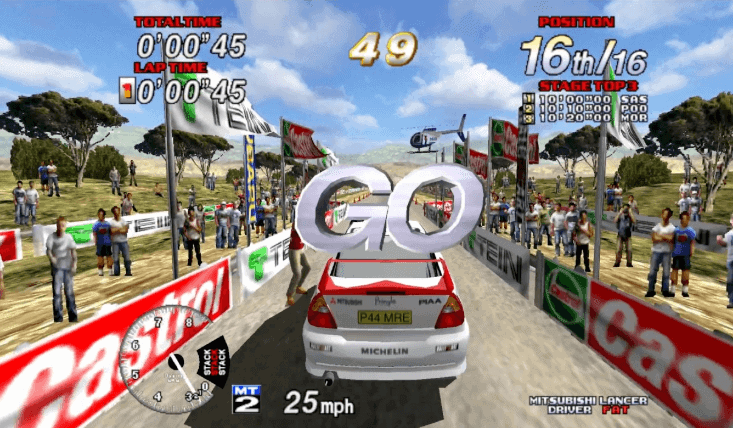 This is a fun arcade-style racer with some really nice graphics, that is, if you can get it working. Likely just the rom I downloaded, but I couldn’t get this one to run. The sound was bugging out like crazy, and the input was delayed. I got as far as loading into a race before it decided to go to sleep… And er, never wake up.

Alas, I may have to play this one on a real Dreamcast, but if you can get it working, it’s totally worth a play. 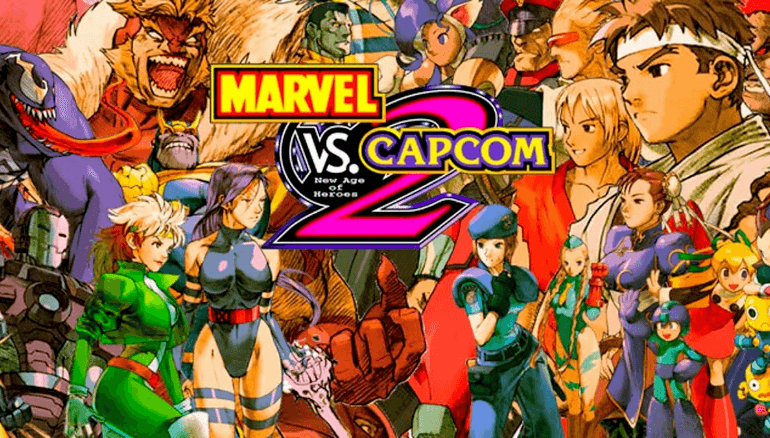 An absolute gem of a game. You’ll be transported right back to the early 2000’s with this one. It’s a fighting game that.. Well, it does what it says on the tin. It pits characters from the worlds of Capcom and Marvel against each other.

It holds up really well today, with it’s (still beautifully done) pixel artwork, and an insanely good soundtrack.
You’ll be beating up Spiderman as Ryu, and bopping your head all throughout. It’s a seriously good time.

Apart from some weird graphical glitches in startup and loading screens, the game plays perfectly. This is one game that I can definitely recommend playing on a keyboard, as with fighting games, a keyboard is fairly similar to an arcade stick anyhow. 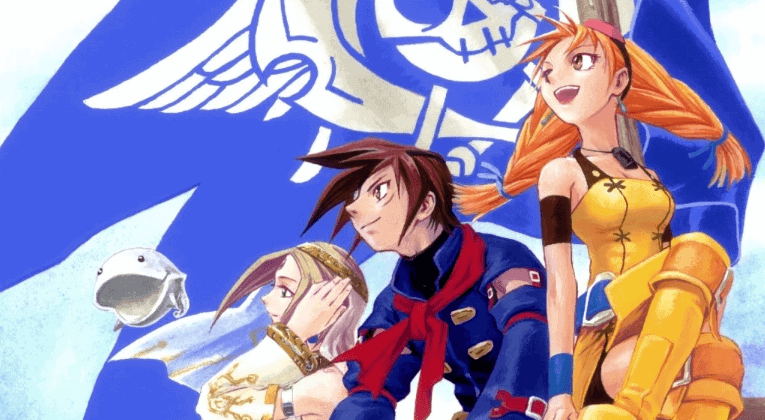 If RPGs are more your style, well, the Dreamcast has your back. Skies of Arcadia is a universally acclaimed sky-pirate adventure RPG (who doesn’t love sky pirates, eh), with turn-based combat, a deep, involved plot, and interesting characters.

It holds up well to this day, so if you’re in any way interested in playing, hop right into this one, prompto. It’s actually incredibly expensive to buy boxed these days, so emulation is an option used by many. While I’ll always say it’s good to also own the media you’re emulating, no one could blame you for not being able to afford this one. 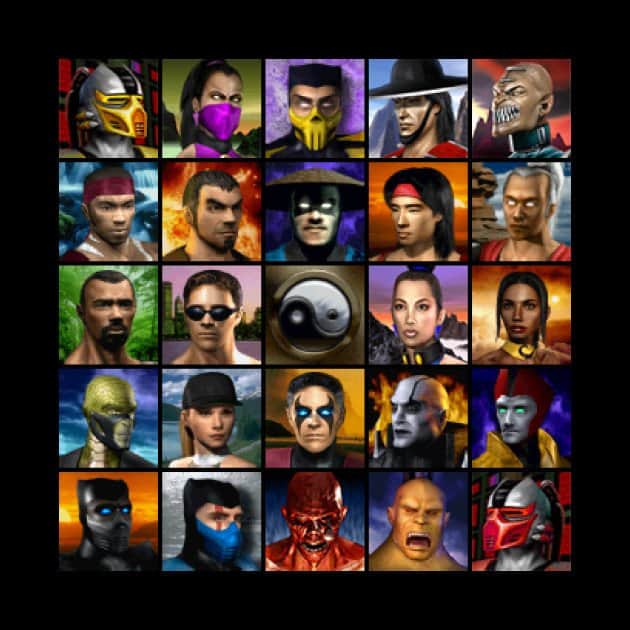 Good old Mortal Kombat. The Dreamcast had a fantastic version in Gold, though perhaps not favoured by all, it was an upgraded version of Mortal Kobat 4, and was actually exclusive to the Dreamcast. It launched alongside it back in 1999 and was a must-have for many.

Unfortunately, my emulation experience wasn’t great with this one. Of course, better ROMs are bound to be out there, but as I played it, I had a lot of strange resolution issues. Menus were zoomed way into the right-hand corner, though when actually in a fight it played great.

Upon finishing the fight though, my game froze. Hard to say if this is an isolated problem, but if you can get this one working, it is 100% worth playing if not only to see the bizarre finishers.

And there we have it! At this point, you should be happy playing your favourite games of old, or, discovering some new favourites and a console that got left behind and unsupported. It’s a real shame the Dreamcast didn’t get the acclaim it so deserved, but at least through the use of passion projects such as emulators, we can revisit it and give it new life by sharing what it truly has to offer through the various avenues that now exist.

The steps given in this article can be more or less applied to every other emulator by the way, so if playing Dreamcast alone wasn’t enough for you, you’re now pretty well-equipped to tackle whatever weird dilemma the next one will throw at you.

But anyway, I want to hear what you think! Did you grow up with Dreamcast? What’s your favourite game, and were you able to revisit it thanks to emulation?

Or do you not agree with the use of emulators at all! Do tell. I’m honestly interested in every angle.