Perhaps one of the greatest sleeper hits of all time, Mount & Blade was originally released all the way back in 2008. While it originally received poor reviews, publisher Paradox Interactive made significant improvements with their 2020 expansion, Mount & Blade: Warband.

With the addition of multiplayer support, as well as improved graphics and a beefed-up diplomacy system, Mount & Blade went on to garner a loyal following. Better yet, a sequel, Mount & Blade II: Bannerlord is slated for release in March. With that in mind, we thought we’d recommend a few games to help you scratch that action RPG itch.

Now, Mount & Blade’sunique combination of action, RPG elements, and strategy make it tough to duplicate. So most of our recommendations will trend more in one direction or another. With that in mind, here are 20 great games that are similar to Mount & Blade. 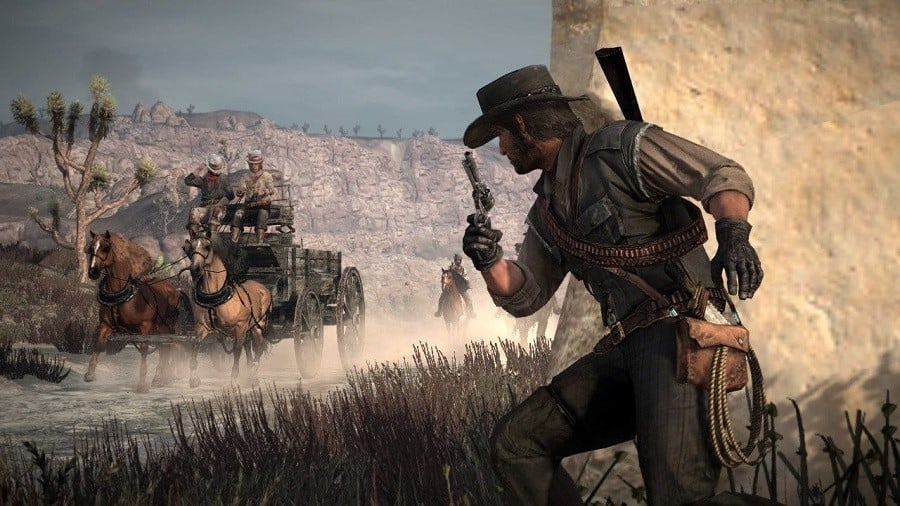 Red Dead Redemption is a 2010 release from Rockstar Games. This instant classic follows the enigmatic hero John Marston as he fights to free his family from shady government agents.

If you liked Mount & Blade’s more action-oriented elements, you’ll love the gameplay in Red Dead Redemption. While it doesn’t have the same strategic elements as Mount & Blade, Red Dead Redemption does offer a similar sandbox style of gameplay. You can get through the main storyline in about 20 hours, but completionists can spend well over 80 hours exploring all the game’s miscellaneous quests. 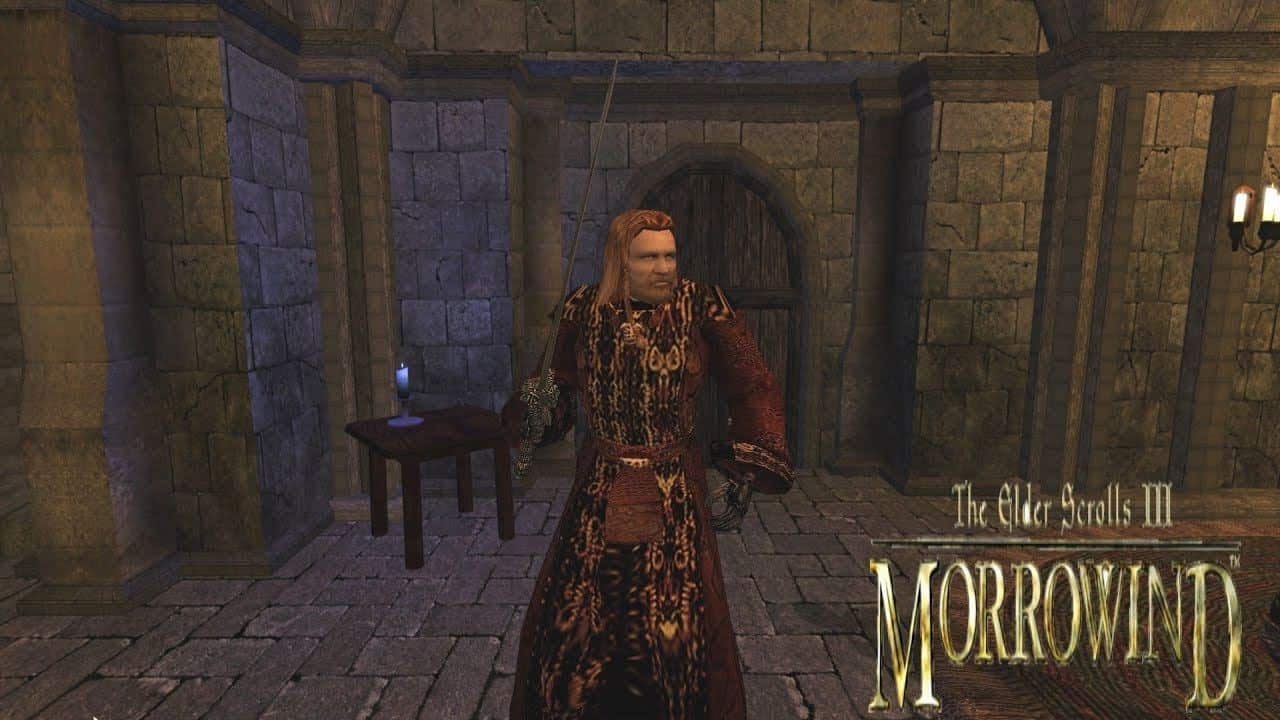 Originally released in 2002, The Elder Scrolls III: Morrowind is an oldie but goodie. This open-world RPG put Bethesda on the map with its deep world-building and player-driven story.

By today’s standards, the action elements are a bit dated. But if you miss Mount & Blade’s “hero with no name” mythos and open sandbox world, you’ll love the character creation. Players of newer Elder Scrolls games will also appreciate the more advanced alchemy and enchantment systems, which allow for truly godlike characters at high levels. And the graphics, while old-school, are hauntingly beautiful.

The Elder Scrolls III: Morrowind is available on Steam. 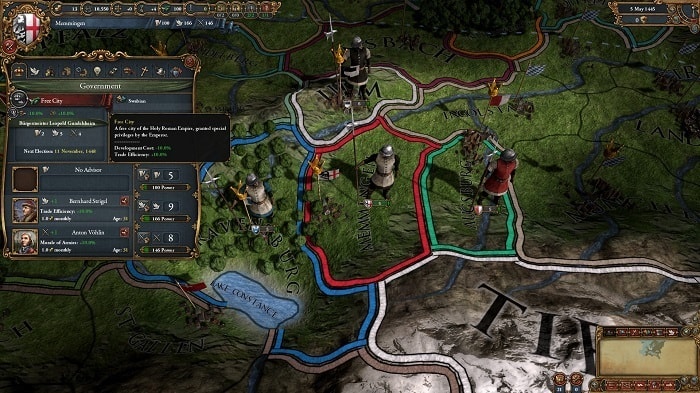 Europa Universalis IV was first released in 2013. But, much like many popular games, the publisher has continued to put out new DLC roughly every 6 months.

Europa Universalis IV is a history simulator. If you enjoyed the grand strategy elements of Mount & Blade, you’ll enjoy the ability to do whatever you want with your country. Invade your neighbors, or marry their princess and forge an alliance.

Convert your heathen neighbors to the One True Faith, or change religions yourself to improve your civilization. There are no unique characters and no action elements. But for pure grand strategy, Europa Universalis IV is tough to beat.

Europa Universalis IV is available on Steam. Try out the base game before buying the DLC. 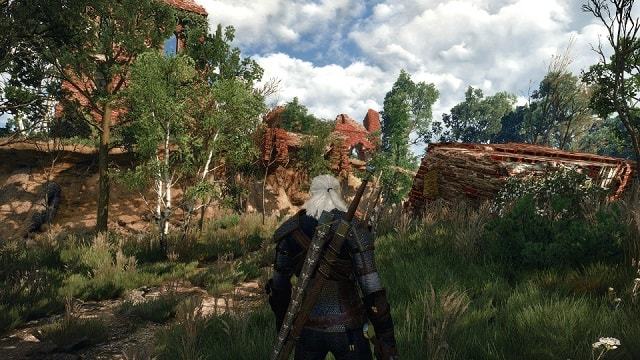 Perhaps the most iconic action RPG of the 2010s, The Witcher 3: Wild Hunt is on many critics’ list of “best game ever”. Hero Geralt of Rivia traverses an open world, killing monsters, protecting his friends, and even engaging in politics.

In terms of pure, player-driven action, The Witcher 3 has a lot to offer. That said, it’s light on strategy, and character customization is limited. But if Mount & Blade’s action sequences are your favorite part, you’ll love exploring the Continent with Geralt.

The Witcher 3: Wild Hunt is available for download on Steam. 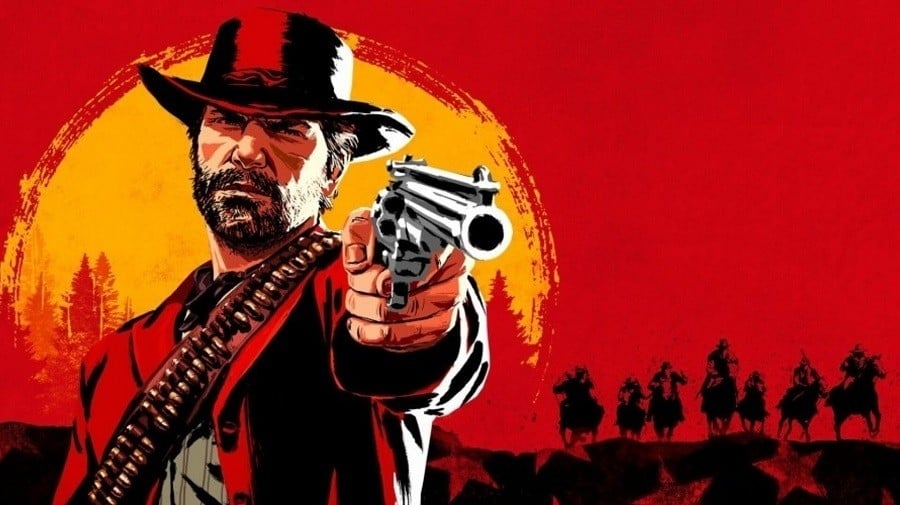 Much like the original Red Dead Redemption, there’s not a lot of strategies. But there’s plenty of gun-slinging action. And the world is completely open. Blaze through Arthur Morgan’s main quest in a handful of hours. Or try to max out all the achievements and spend endless hours exploring Rockstar’s unique take on the Old West.

Unlike the original, Red Dead Redemption 2 is available on Steam.

Man O’ War: Corsair is set in the unique and deliciously violent Warhammer universe. As the name implies, it involves a lot of naval combat, so prepare to be boarded!

This game includes a lot of the faction-building elements that many players love about Mount & Blade. It also includes a lot of crafting, where “crafting” means building your own ships to crush all of your enemies. Play as the Imperium, the Necrons, or any of your other favorite Warhammer factions. Whatever happens next is up to you, Admiral.

Man O’ War: Cosair can be downloaded on Steam. 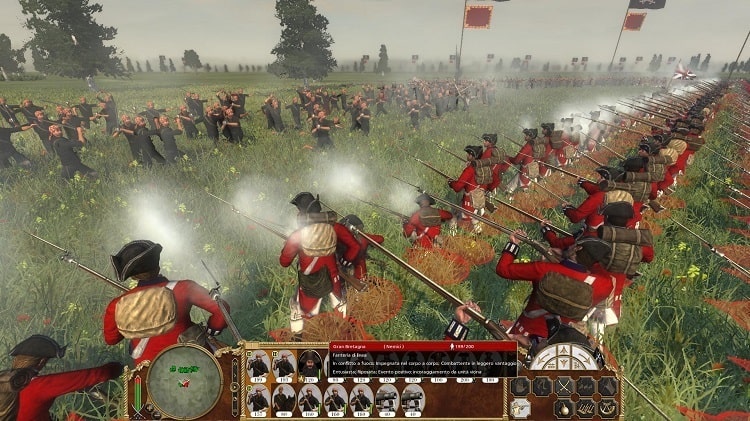 Empire: Total War – technically titled Total War: Empire, but nobody calls it that – is a grand strategy game that involves conquering all your neighbors.

Like Mount & Blade, Empire: Total War alternates between a strategic and a tactical map. On the strategic map, you can move armies from one country to another, build city improvements, and engage in diplomacy. On the tactical map, you control regiment-sized units to battle against your computer or multiplayer opponent. The only thing that’s missing is an action element.

Empire: Total War is available for download on Steam.

Some of you may be wondering why we didn’t include the latest entry in the Civilization series instead. Rest assured, Sid Meier’s Civilization V is still the best in the franchise.

Assuming you have both DLC packages, Civilization V is one of the best 4X games that money can buy. It features multiple victory types, so it goes far deeper than most strategy games’ merely military aspirations. You can win by being the most scientifically advanced, by spreading your cultural influence, or even by converting your neighbors to your religion. That said, there’s no action involved in the gameplay. 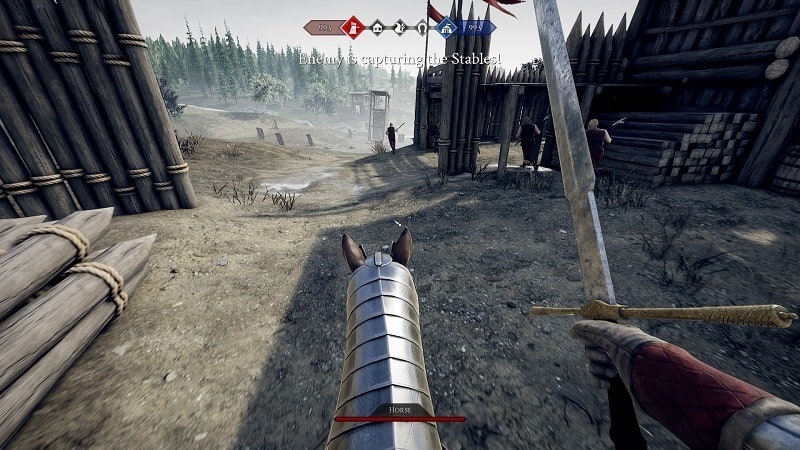 Unlike most of our other entries, Mordhau didn’t start its life as a AAA game. It started out as a Kickstarter project.

When it finally launched in 2017, Mordhau quickly took command of the hack-and-slash genre. Combat is just as intense as Mount & Blade, complete with the need for precise weapon controls. The multiplayer combat is truly epic, with 64 players per server. And character development is a central part of the gameplay. Just don’t expect a deep game world; Mordhau is all about the combat.

Mordhau is available on Steam. 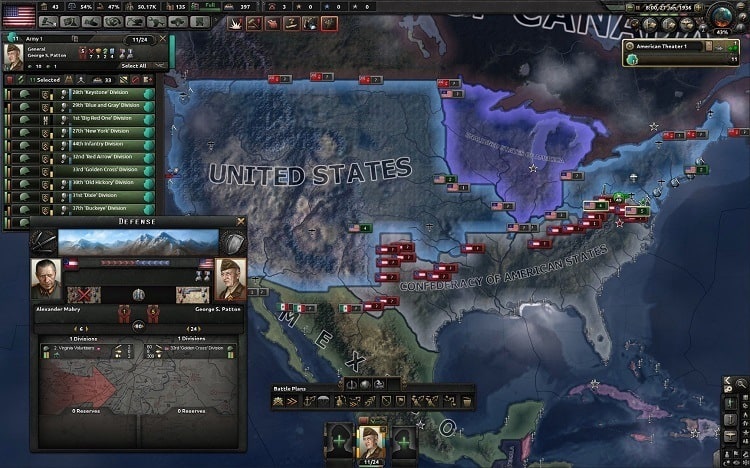 After the success of Europa Universalis IV, Paradox Interactive returned to the World War II-era with Hearts of Iron IV. This grand strategy game allows you to guide any country in the world to victory in the 20th century’s greatest war.

Like many other grand strategy games, Hearts of Iron IV offers even more strategic choices than Mount & Blade. You’ll need to manage your countries armies, resources, alliances, and domestic politics. That said, there are no action elements whatsoever. This is purely a strategy game.

You can find Hearts of Iron IV on Steam. 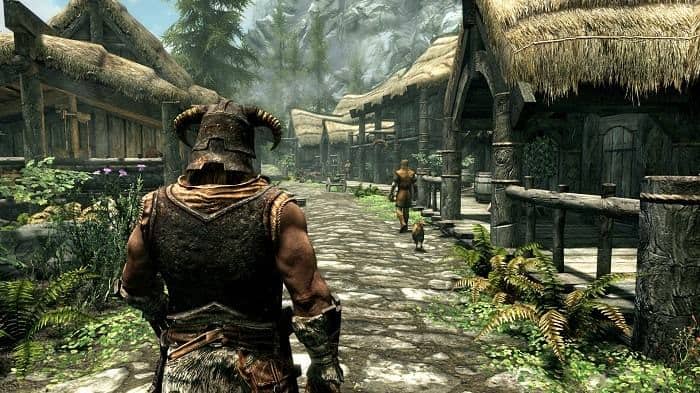 First released in 2011, The Elder Scrolls V: Skyrim needs no introduction. It’s seen numerous re-releases over the years and is available on just about every system.

Skyrim represents Bethesda at its best. This action RPG features deep character development, along with a totally open sandbox world. You can join the mages, become an assassin, or even decide the outcome of a civil war. It doesn’t have any Mount & Blade-style strategy elements, although one DLC does allow you to build your own noble estate.

Skyrim is available on Steam. 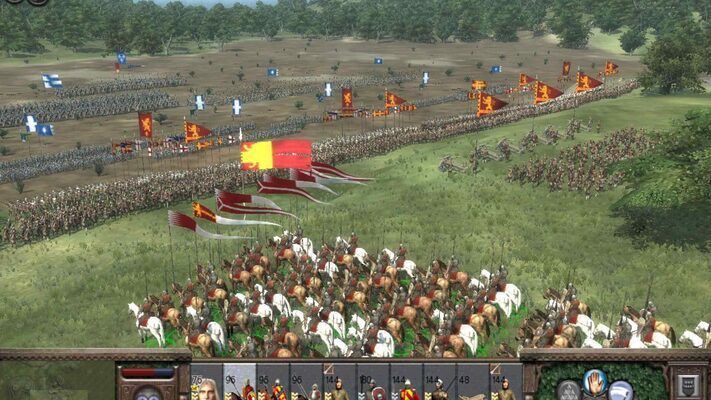 Total War: Medieval II was first released in 2006, making it one of the oldest games on our list. But this grand strategy game offers a combination of strategy and tactics that’s rarely been equaled.

You can download Total War: Medieval II from Steam. 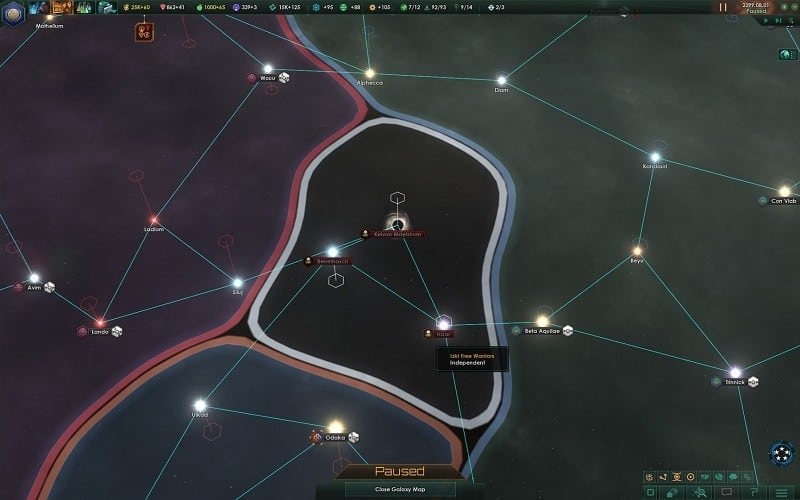 Released in 2016, Stellaris is often considered as the spiritual successor to Civilization V. It offers all the same empire-building elements, but in space.

Needless to say, Stellaris’ sci-fi setting is worlds apart from Mount & Blade’s. But if you liked the strategic aspects of Mount & Blade, Stellaris has a lot to offer. You can spread your empire throughout the galaxy, battling your enemies with trade and diplomacy in addition to your armies.

Stellaris is available on Steam. 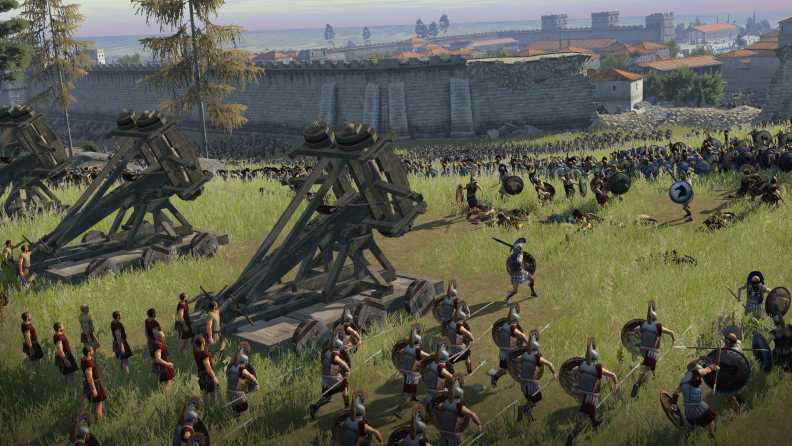 Although it first came out in 2013, Total War: Rome II is often considered the pinnacle of the Total War franchise. It doesn’t have the same flashy graphics as the newer entries, but it’s the most recent Total War game to take place in a real-world historical setting.

Total War: Rome II is designed to push you to your limits. Sure, you could take the easy route and play as the Romans. But why not spice things up by playing as the Carthaginians, or even as the Iceni? Even an upstart British tribe has the chance to succeed with you on the throne. Keep in mind, though, that Rome II is a strategic and tactical game. There are no action sequences.

Total War: Rome II can be downloaded on Steam. 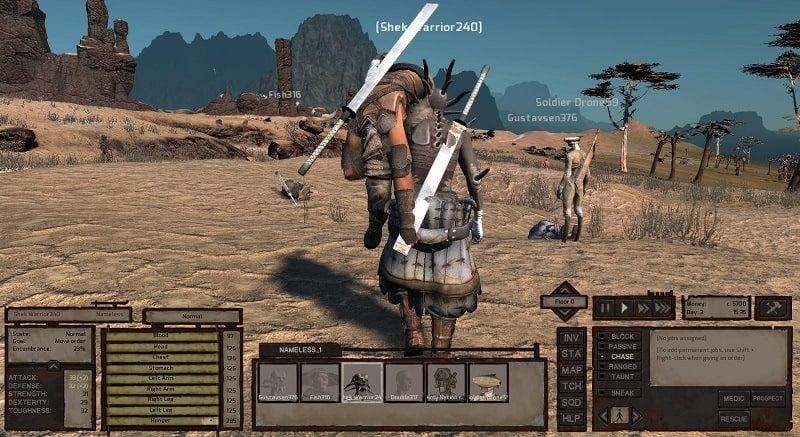 Kenshi is an open-world role-playing game with many similarities to Mount & Blade. Foremost among these similarities is the ability to play as any kind of character you like.

You can purchase Kenshi on Steam. 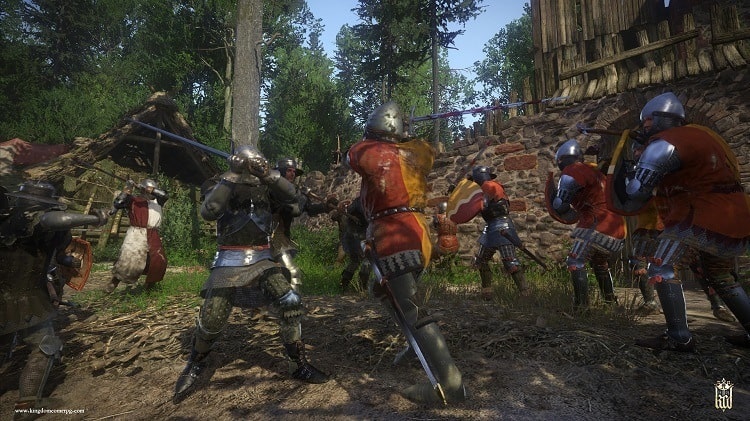 First launched as a Kickstarter campaign, Warhorse Studio’s Kingdom Come: Deliverance became the most unexpected hit of 2018. As Henry of Skalitz, you begin the game as the weak son of a backwater blacksmith. From there, you can become more powerful… But only with hard work.

Kingdom Come: Deliverance has a similar medieval vibe to Mount & Blade, albeit with a more realistic historical setting. It also has a realistic combat system, designed to simulate the intensity of medieval swordplay. Don’t expect much in the way of strategy, although one DLC does let you rebuild a town.

Kingdom Come: Deliverance can be purchased on Steam.

Sid Meier’s Pirates! is a 2004 reboot of the classic NES game by the same name. As a privateer from your chosen nation, you capture or sink enemy ships and build your personal pirate empire.

While Pirates! doesn’t have Mount & Blade’s gravitas, it certainly shares many important gameplay elements. The most important one is to properly manage your alliances. Make war on one or two factions, and you’ll get rich. Try to make war on everybody, and you’ll soon find pirate-hunters on your tail.

Sid Meier’s Pirates! is available for download on Steam. 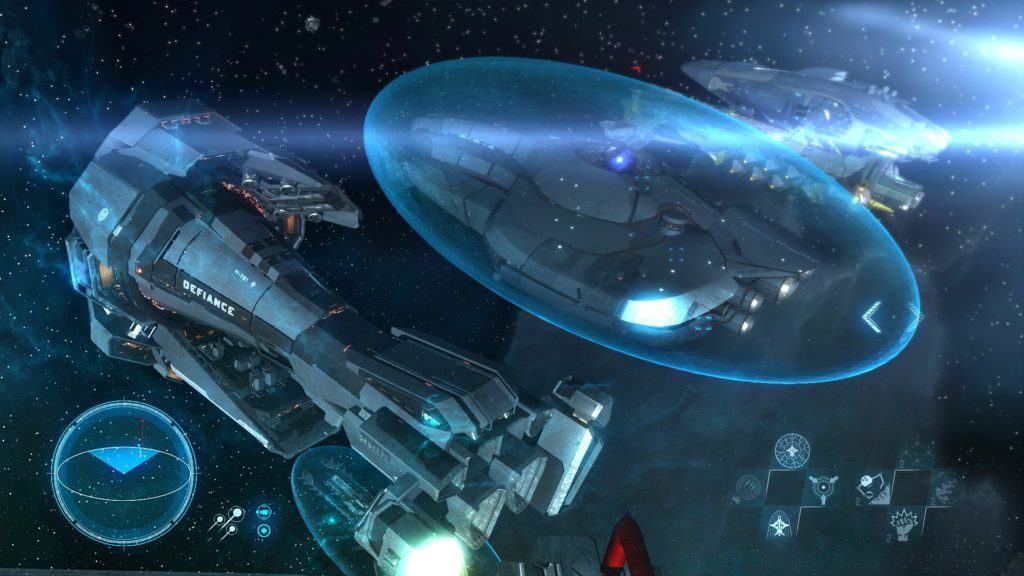 Starpoint Gemini Warlords is a front-line tactical simulator with some 4X elements. Expand, explore, exploit, and exterminate. It’s all a part of the game.

Starpoint Gemini Warlords can be downloaded on Steam. 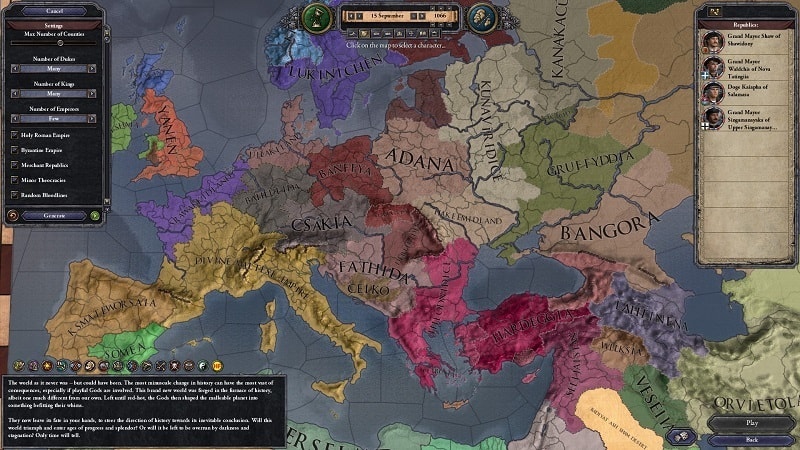 First released in 2012, Crusader Kings II is a medieval warfare simulator that comes with a heavy dose of politics. Make sure to make favorable marriage alliances, or your game will go south quickly.

You can purchase Crusader Kings II on Steam. 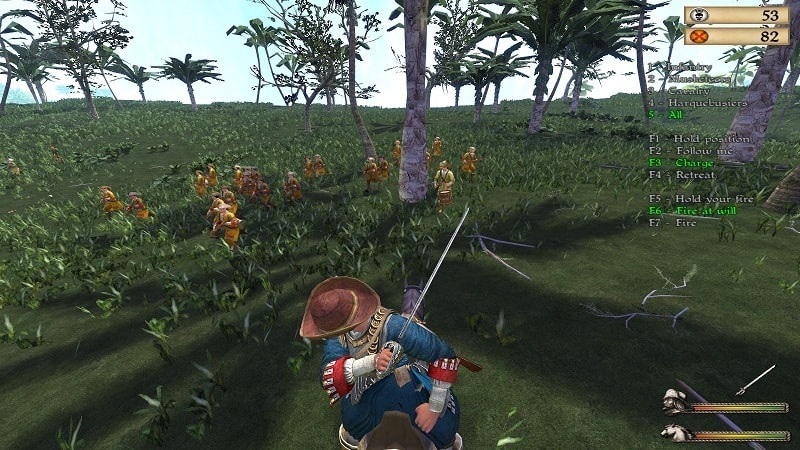 If you’re looking for the ultimate Mount & Blades alternative, look no further than Blood and Gold: Carribean! This game is actually built with the same engine as Mount & Blades: Warband, so the look and feel will be familiar.

Of course, you’ll be based in a pirate setting, not in a medieval setting. But if you can get past that, Blood and Gold: Carribean! is essentially Mount & Blade with keel-hauling and walking the plank.

You can buy Blood and Gold: Carribean! on Steam or Good Old Games.

which lingerie to buy on amazon

Is anyone here in a position to recommend COLOURS? Cheers xx