Elder Scrolls V: Skyrim and its semi-quasi rival game Elder Scrolls Online are two games that are often compared to each other. Both games were published by the same publisher Bethesda Softworks and they both take place within the Elder Scrolls World and uses the established lore for its stories and quests.

However, these two games vary significantly because they were developed by two completely different studios. Having different developers means the general mechanics of the games are different and geared towards different audiences.

The main differences between Elder Scrolls Online vs Skyrim are:

Elder Scrolls V: Skyrim follows a young adventurer caught sneaking through the border of Skyrim. Destined to become the one known as Dragonborn, speaker of the Dragon’s tongue.

The main quest focuses on the Dragonborn, a player-created character who is given a quest to defeat Alduin the World-Eater, a dragon who has been prothesized to eventually destroy the world.

Outside of the main quest, there are a variety of other storylines and side quests the complete including the coveted civil war storyline. My favorite quests include the Jabbawacky quest,

Skyrim was developed and published by Bethesda and they’re in a house development team. The game was created as the next installment in the Elder Scrolls Series, a coveted single-player open-world role-playing adventure game series. 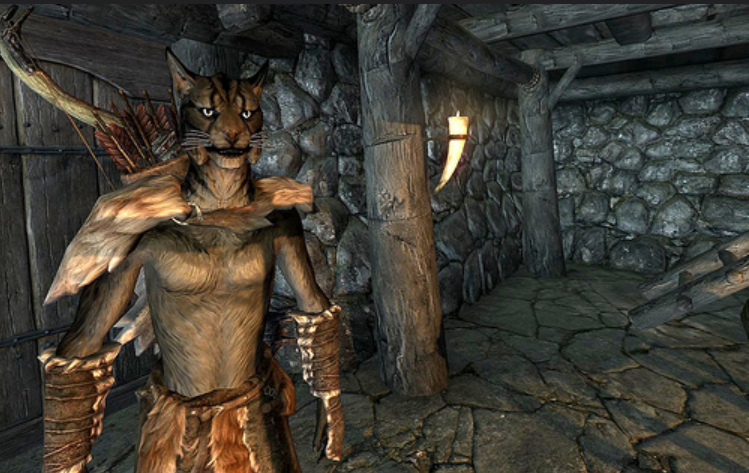 Since Skyrim’s first release the game has since been re-worked on a new engine and re-published under the name Skyrim Special Edition. It has also been released on multiple platforms including the system, such as the Nintendo Switch, Xbox One, and PS4.

The new upgrades to the engine and the game allow players to add mods to their Xbox One and PS4 games, which was previously only available for computer players.

Skyrim’s active and robust modding platform is one of the reasons I keep coming back to this game. I’m a primarily PC gamer and I love being able to take a game and then make it my own world using mods.

There are mods for everything from basic bug fixes to mods that add huge mansions or even a gallery meant just for the Dragonborn and their adventures. Some mods, overhaul the aspects of the game completely, from sounds and visual to quests and storylines.

My personal favorite mod is Alternate Start a mod that lets me roam Skyrim as a normal adventurer instead of the Dragonborn. I also enjoy adding player homes, new armor, and quests created by modders. Some mods even go as far as creating a whole new realm to explore.

There’s one last reason to love Skyrim, it’s also offered in VR. Virtual reality is the technology of the future and it’s where gaming is heading.

Now that we have home VR systems for a variety of budgets, being able to bring one of your favorite games to life through virtual reality adds a huge bonus. Not only is Skyrim available for VR but there are also a lot of mods out there that work with the VR version. I personally love playing Skyrim using my VR headset, it brings the beautiful world of Skyrim to life in the most fantastic way.

Unlike Skyrim, Elder Scrolls Online brings a whole new look to the world of Tamriel. Not online is it a massively multiplayer online role-playing game (MMORPG) but it was developed by an entirely different studio than other Elder Scrolls games.

Called ZeniMax Media Inc. ESO has had a rocky history, it was originally released by Bethesda Softworks in 2014 for PC only and went through a series of major changes and rebranding due to its initial mixed reviews.

The changes made were praised by critics and players, allowing for the game to grow in popularity and the game was released for PS4 and Xbox One in 2015. Currently, the game is only available on PC and Xbox One, and PS4.

The game includes regular free updates, such as bug patches and free content, as well as, DLC and microtransactions. It also includes a membership plan that gives players an advantage, such as, a crafting bag.

I personally prefer to play single-player-only games, so I never really enjoyed ESO as much. Even when playing on my own the world was still populated with other people and I still had to play with them to some degree. The game also can’t be played offline meaning that both Xbox and Playstation players must buy a subscription plan that allows for online gameplay with others.

However, despite the downsides, ESO is a game that allows players to explore various parts of Tamriel and not just one continent set in the world. The gameplay is also interesting and very different. When a character is created the player must choose a class, Dragonknight, Sorcerer, Nightblade, Templar, Warden, or Necromancer. Each class gives the character different attacks, spells, and passive effects.

The gameplay itself is non-linear with a mix of quests, free-roaming exploration, and random events. Two separate conflicts are progressing at the same time, one where the prize is the total and supreme power on Tamriel and the other which puts the fate of the world out of balance. Sounds pretty familiar to Skyrim, if I do say so myself.

The first conflict is the battle between a Daedric Prince called Molag Bal, who wants to meld the plane of Mundus with the realm of Coldharbour which he rules. The player character has originally been sacrificed to Molag Bal who has stolen their soul.

The recovery of the soul is the game’s primary objective. The other conflict involves capturing the vacant imperial throne that is contested by three alliances of the mortal races. The player character has a chance to join any of the three factions warring over the throne.

When choosing between ESO and Skyrim there is going to be one big factor that will probably help you as a player decided. Do you want an MMORPG game where you are playing with people from all over the world or do you want a single-player game experience where it is just you as the player and a bunch of NPCs?

I personally would choose a single-player experience because that is just what I prefer. I haven’t actively played an MMORPG regularly since the OG Runescape days.

The next thing to consider how you play your video games, are you a PC master race or a console lover. Either is valid but both affect how ESO will function on your console. ESO requires an online connection at all times, even for those looking to play completely solo.

This means that those with limited bandwidth or data caps may not be able to play ESO. Additionally, it means that console lovers have to purchase either an Xbox live pass or a PS Plus subscription to play the game.

Without one of these subscriptions, players cannot play multiplayer games with others. Skyrim is again the winner for me in this category, if I’m playing on a console I don’t want to worry about another subscription. 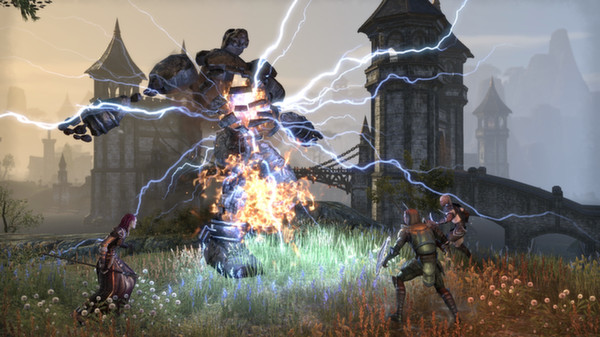 Another thing to consider is the availability and playability of the game. For those who play games on the go, Skyrim is probably a better choice as it is available for multiple consoles including the Nintendo Switch.

The last thing to consider is modding, ESO is not without a modding community, however, because it is an MMORPG modders are limited to what they can add to the game. Skyrim being a single-player game, can be completely overhauled into something that doesn’t even resemble the original game.

I personally love to have funny saves where the crabs wear monocles and there’s a portal gun or two. I also love having lore-friendly saves that include armor, weapons, homes, and other changes to create Skyrim in my vision.

When choosing between the two games, it really comes down to what you as the player want. Those who prefer to play online games will probably gravitate towards ESO while those that love modding may gravitate towards Skyrim. I personally love Skyrim, which I’m sure is pretty obvious.

However, I understand why ESO has so many players and so much popularity. Players for a long time have said that they would love to play the Elder Scrolls games with their friends and there have even been mods that attempted to create that. ESO allows players to slay creatures together, go on quests together, and create friendships.

Question: What consoles is Skyrim available on?

Answer: Skyrim is available on Playstation 3 and 4, Xbox 360 and Xbox One, PC, and Nintendo Switch.

Question: What consoles is ESO available on?

Answer: ESO is available on the Xbox One, PS4, and PC. It is also going to be released on future consoles.

what sex toys do women love the most

Can someone recommend Bondage Hoods? Thanks xox

where to get good lingerie nyc

Is anyone here in a position to recommend Male Love Dolls? Cheers xox